SEC Must Adapt A Nine Game Conference Schedule--Or Else.

Share All sharing options for: SEC Must Adapt A Nine Game Conference Schedule--Or Else. 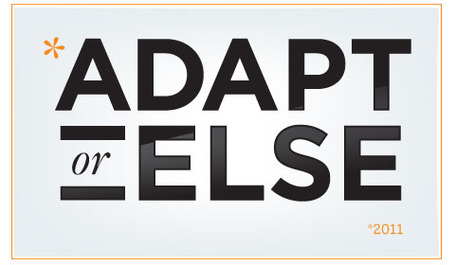 The 800-lb gorilla in the conference since the one-off 2012 SEC football schedule was released is the looming 2013 schedule. Many wonder how might the conference deal with two more teams without upsetting the delicate balance of 20 years of divisional rivalry precedent mixed with preserving some of the sport's most traditional match ups. With existing and new members yet to sit down and carve out a brave, new 14-team world, many questions lingering about the future of the SEC came to a head last week with Georgia AD Greg McGarrity's comments about the possible ending of the South's Oldest Rivalry on an annual basis. Nothing like a little blasphemy to get the blogs churning.

Most of us fans in the region are still wondering why the conference leaders ever wanted to expand in the first place, with all the success we've enjoyed of late. You can't convince us it was preventative in nature. Nothing short of welding two BCS conferences together could have competed with the SEC for the forseeable future. If you're like me, you think money was the ultimate goal, because apparently, the preservation of the conference's tradition and heritage may have been the first casualties of expansion.

With this topic likely to dominate the SEC spring meetings, it would behoove fans and administrations alike to speak with one voice regarding the topic, or the SEC applecart could be upset for generations. Nothing against Missouri or Texas A&M, but you guys made the choice to jump. Mind us long standing members for a moment while we figure this out and don't think it rude if we close the door while we talk.

There is no other solution to this mess than to play a nine-game conference schedule. You play your six division mates once, one permanent cross divisional rival and two rotators. N I N E games. Yea, that leaves three out-of-conference games left, leaving precious little room for cupcakes. The sport may even contract by a regular season game eventually if we get a playoff, leaving even less room, especially for schools who have long-standing OOC rivals, like Georgia, South Carolina, Kentucky, and the new kids--if they wish to make amends and pick up series with Texas and Kansas again.

Who cares? This is what the powers that be wanted--the SEC playing more SEC. Now live with it. Most fans don't like the cupcake games anyway, and a future playoff scenario might mandate additional OOC BCS games, so the SEC will definitely be in compliance. It only makes running the table and going undefeated that much harder, but what does that matter when the SEC conference champ is a virtual lock for the BCS title game anyway? Don't fret, SEC. Remember, this is what you wanted. Think of all the TV dollars: $$$$$$$$

What are the alternatives to going to a nine-game schedule? Sticking with eight would mean six divisional games and two rotators, because one rotator would mean waiting eleven years to play the other teams and you just can't legitimately call yourself a conference if that's the way it's going to be,

With eight games you can't split into three divisions, because that's not allowed and I'm pretty sure the math doesn't work out with whole numbers. Besides, it would produce one hell of a complicated conference title scenario.

You can't have any more teams jumping divisions because there is balance and new found rivalry to maintain. The time for that was long ago. Yes, Auburn, I'm talking to YOU. I'm not sure I'd want to forgo Alabama even to pick back up Tennessee and Florida and to preserve Georgia. Choices like that are impossible.

You couldn't have rotating divisions, with two teams switching sides every few years. Or could you? Could the loss of Auburn-Georgia, Alabama-Tennessee and LSU-Florida on an annual basis be mitigated by having them at least play four-six times a decade? Working out that round-robin would be crazy, and even crazier might be some team with east and west division champs banners flying in their stadium.

No, there's only one solution to the mess we find ourselves currently in, and that's to go to a nine-game conference schedule. I can't even believe any rational person would suggest sticking at eight and losing out on all these traditional rivalries. You broke it, SEC. Now you fix it.