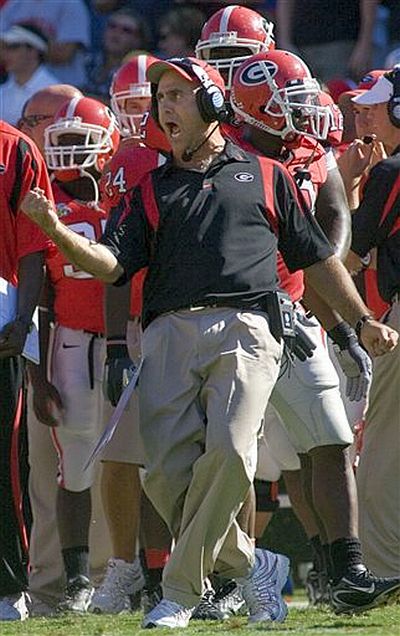 Is Willie Martinez an upgrade, or not?

War Eagle, everybody. As of press time here at TrackEmTigers.com, all indications are that Auburn has hired former Georgia Defensive Coordinator Willie Martinez to coach in the secondary at Auburn. While the school has yet to make it official, reporters such as Phillip Marshall over at Auburn Undercover are saying that Martinez was present at Auburn staff meetings on Monday and Tuesday of this week. It's sounding like this is a done deal.

For the most part, public opinion is that new Auburn defensive coordinator Brian VanGorder is a slam-dunk hire. Reviews are decidedly more mixed regarding Martinez. Georgia Bulldog voices were quite loud in their demands that he be removed a couple of seasons ago. Brian VanGorder served at Georgia as defensive coordinator from 2001-2004. Martinez held the same position from 2005-2009. Many folks hold that the defense got progressively worse and worse during Martinez' tenure. Do the record books have evidence of that? One can debate rankings endlessly, but one thing is certain regarding defenses. The good ones do not give up very many points.

It's pretty clear that numbers climbed pretty steadily during the Martinez years, to Ted-Roof-like levels. However, as a defensive back coach, he coached a number of guys that have played in the NFL. These include Jermaine Phillips, Sean Jones, Thomas Davis, DeMario Minter, Tim Jennings, Greg Blue, Tra Battle, Paul Oliver, Asher Allen, and Rashad Jones. At Oklahoma the past two seasons, Martinez has added 4 more defensive backs to the NFL ranks.

It's also important to note that these two coaches have worked together in the past on multiple occasions. They coached together in 1995-1996 at Central Florida, 1998-1999 at Central Michigan, and 2001-2004 at Georgia. Familiarity should be an asset. VanGorder won't have to spend a lot of time bringing Martinez up to speed on what he expects. In fact, he can likely delegate certain tasks to Martinez as far as instructing other position coaches. I'd figure that Willie Martinez knows what VanGorder is going to say before he says it.

I like the fact that Brian VanGorder's WORST defense at Georgia gave up only 19 points per game. That's a full 5 points per game better than Ted Roof's best defense at Auburn. One has to love the possibilities! As to NFL linebackers coached by VanGorder, the two that pop to mind from his Georgia days are Odell Thurman and Boss Bailey. With the Atlanta Falcons, VanGorder's tutelage helped linebacker Curtis Lofton lead the NFL in rookie tackles, with 108.

I think most observers of Auburn's 2011 defense placed much of the blame for a school record 29 points per game given up on the defensive line. Right now, you'd have to say that the pressure is on Auburn line coach Mike Pelton to lead a big improvement. The Tigers now have superstar position coaches in the secondary and the linebacker corps. It's incumbent on the line to get a push, get heat on the quarterback, and not let the defense down. We'll be watching with great interest this spring!