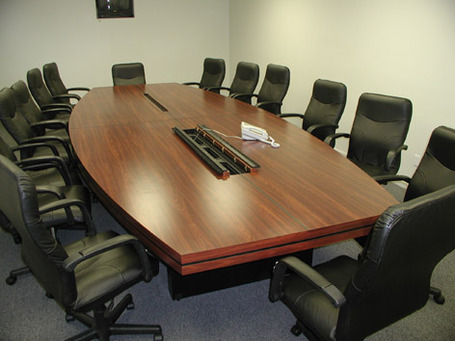 Hidden during the fervor of National Signing Day this year was an under curring sentiment from the NCAA and it's members that the newly announced Multi-Year Scholarships presented as an option to institutions might be forcefully overturned by the consent of the governed; i.e. the member institutions. You see, last year the NCAA was pressured by the Justice Department to have it's members at least offer multiple year schollies to student athletes lest they possibly be investigated for anti-trust practices. The Fed seemed to think that one year scholarships may prevent some schools from having a chance at recruiting the best players. The schools? You'd think they'd be looking out for the students, but I'll need to check out the law review on that one.

Some of the member institutions, perhaps resenting the NCAA's swooping mandate, or maybe just really liking one-year deals, decided to see if they could get an over-ride of the rule and last week, that measure was voted on and the over-ride was barely defeated. Auburn voted against the over-ride, Alabama failed to vote at all. And so it goes.

So as it stands, institutions may now offer multi-year scholarships instead of the traditional one-year renewable kind. It's an option. So what? While some may champion this as a win for the student athletes and fairness everywhere, I fail to see where it will change things in a practical sense.

Don't think these players will be entrenched like ticks on a hound dog. I don't care if these kids are on the eight-year college plan, if they screw up, the hidden language in these contracts will be sufficient to force their pre-mature ouster. That way you won't have student-athletes who try to coast through and not earn their way. We can save the debate of why high profile athletes are even getting the option of a multi-year plan. "What about me", cry academic scholarship students who have no such luxury. Yea, let's save that for another day.

So the NCAA now has something to make themselves feel better about the plight of the big-time student athlete, but spare me the magnanimity. If they really wanted to put teeth in it they'd enforce these schollies to the bitter end if kids make their grades and stay out of trouble, with no risk of getting put out if they just didn't measure up on the field or get hurt. I think we all know many will still fall by the wayside in spite of them toeing the straight and narrow. Such are the risks of big-time college football, anyway.

Perhaps the bigger question is why some universities, big and small, didn't want the option of multi-year offers to student athletes. Things were pretty good with the universal one-year trials, but now if you want to stick to that recently outdated model, other schools might be able to compete with your recruiting machines simply by offering a kid more of a guarantee--a 4-year ride. In these parts, that quickly boils down to wondering what will be the next modus operandi employed by Auburn and Alabama.

Raise your hand if you think that Saban and company will try and stick with the one-year scholarships for the interim. Yea, my hand is raised too, and while that seems like the natural inclination for him, it may not end up being the case. The debate between all the coaches and the administrations in the SEC will rage in the next few months and the academics may win out. Appearances are everything, especially for front office guys, but what do they matter for the true clinicians who work behind the scenes to get around them?

Over in west Alabama, Nick Saban could be thinking that if he sticks with his old anachronistic ways, opposing SEC and regional coaches may drive in his coffin nails with it. And for the namesake of the Saban Rules, overcoming most recruiting obstacles is simply second nature, and this new NCAA mandate that shines light onto certain unsavory facets of the recruiting biz is just another open-field tackle to be broken. Saint Nick just may very well embrace the new multi-year options.

Yea, I'm curious how it'll all shake out in the conference in the next few months. It could be a case of follow the leader with all the SEC coaches. Maybe more academically renowned programs like Vanderbilt will definitively offer multiple year scholarships for all athletes and let the other schools do what they will, or maybe each university will simply do best for itself in spite of the ramifications of nationally ranked NSD classes.

All I know is that we have a new wrinkle in recruiting, albeit a temporary one. Like the old joke says, "Now that we are all familiar with the new rules, does anyone have any suggestions for getting around them?" I can hear the conference room now.