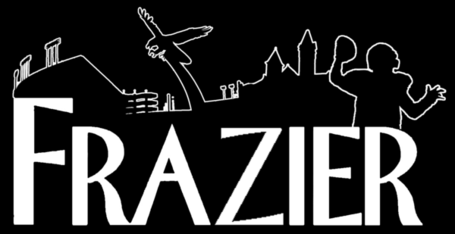 This week, the Funhouse takes a detour. Almost every time I hear announcers mention Kiehl Frazier's name, I instinctively think of Kelsey Grammer as the character Frasier. It reached a point after last Saturday's game (possibly out of sadness, mainly as an odd coping music) that I came up with alternate lyrics to the Frasier theme song for Auburn Quarterback Kiehl Frazier:

And Maybe I seem a bit confused

Cause Frazier, he should be great.

And I don't know what to do with these two losses and this here team.

Granted. Not my best work. Still, there are similarities. Frasier was a character that was introduced through a previous and very popular show. He was developed and was expected to thrive in that world. However, things change. Frasier Crane was moved to another city, he was expected to no longer be a bit player but instead be the lead. He had to expand. His role was larger. New supporting players. New style of comedy. Everything was new. He had to adapt and thrive.

Same with Kiehl Frazier. He was originally brought in to run and thrive in Gus Malzahn's system. He could easily fill a role and not really be expected to carry the show. However, things change. He's in a new role and now must be the leader. Now Auburn fans are hoping it can end up being a positive change and award winning.

Not really a ton of time for a full 5 game rundown this week. Instead here's a couple of quick hitters and first impressions. Call it, the Final Feud of Saturday Funhouse

Pop Culture Equivelant: Cougar Town. Terrible in title, set in Florida, but probably going to be entertaining despite itself.

PCE: Testees. You just keep watching and shaking your head that something this awful ended up on FX. So far, they haven't let you down but now you really are having second thoughts about the rest of their lineup.

PCE: GLEE. It's just not as good as it once was and no amount of promotion or change of cast should convince you otherwise.

PCE: Happy Endings. Probably the most entertaining thing on your television around 8 o'clock but no ones seems to be noticing or talking about it.