Here's what the rest of the SEC is up to this weekend.

There's really only one great game in the SEC this weekend, and it's happening in the Loveliest Village on the Plains. This space isn't for previewing Auburn football games, though. This space is for showing you, the esteemed reader, what everyone else in the conference is up to. This week's predicted winners do not get GIFs, Jack O'lanterns or any other tomfoolery. They just get pictures of their players knocking the hell out of Georgia players. Game times listed are Central. Enjoy.

South Carolina still has SEC Championship aspirations. If Georgia loses to Auburn and Texas A&M defeats Missouri, the Gamecocks should represent the East in Atlanta. Of course, that's assuming that they take care of business at home against a simply dreadful Florida team. While nothing this South Carolina does (good or bad) surprises us, it's highly unlikely that Jeff Driskel Tyler Murphy Skyler Mornhinweg will be able to move the ball with any regularity against this Gamecocks defense. This one should be over early. 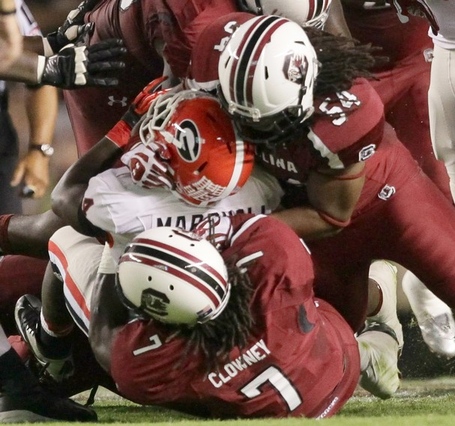 Nick Saban and Dan Mullen will be squaring off Saturday night in whatever the opposite of a Miss Congeniality Contest is. The only prayer that Mississippi State has is if Alabama is caught coming down from a big win over LSU and/or looking ahead a couple of weeks to a big showdown in Auburn with the SEC West title on the line. The Bulldogs have about as good a chance of winning this game as Megan Mullen has of receiving a Christmas card from Cecil Newton. Look for another boring, albeit dominant, win for the Tide. 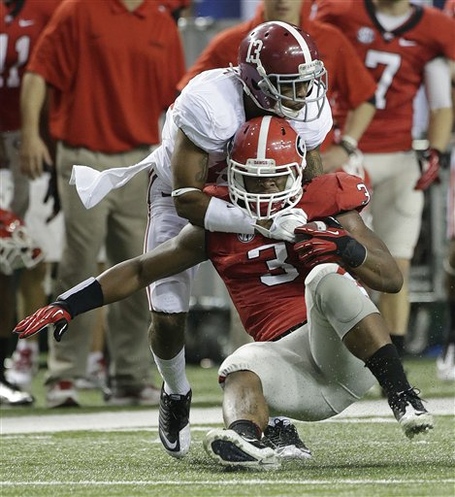 Did you know that Vanderbilt beat Georgia? I mean, I'm sure you did, but I just wanted to remind you. Vanderbilt beat Georgia. Feel free to read that sentence over and over again until you begin cackling with glee. In all seriousness, Vanderbilt is zeroing in on a second straight eight-win season under James Franklin. It's really no wonder that Franklin's name keeps popping up when people discuss coaching vacancies. Speaking of coaches, Mark Stoops' first run through the SEC schedule has fallen a bit short of spectacular, as the Wildcats will likely end a second straight season without a conference win. FUN FACT: The three non-Gus first year coaches in the SEC are a combined 1-16 in conference play. Malzahn? He's sitting pretty at 5-1. 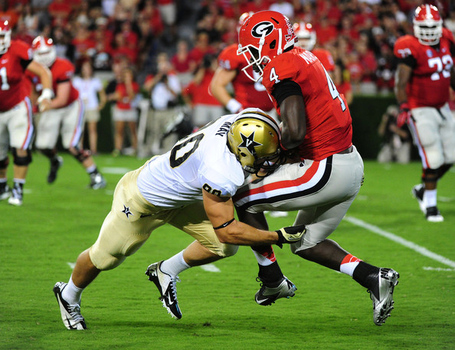 After losing a heartbreaker to Texas A&M, Ole Miss has gone on a nice little run. In that span, the Rebs have upset LSU, destroyed Idaho and picked up a conference win against BERT. There's no reason they shouldn't keep things rolling against a Troy team that has lost their its two games to directional school from Louisiana. Dr. Bo should be able to operate quickly and easily. 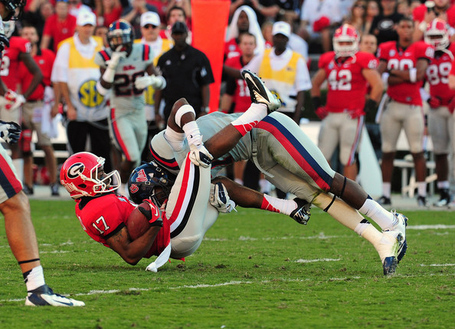