If you have multiple screens, you'll want to tune in to either FSU-Miami or Oklahoma State-Texas Tech Saturday night.

The Week 10 college football TV schedule doesn't feature many good games, but there are a few gems to go along with Auburn's road date at Arkansas. The World's Largest Outdoor Whatever is in the 2:30 p.m. CT CBS slot, but that one has lost its luster this season. A better afternoon option might be No. 21 Michigan at No. 22 Michigan State.

The Tigers and Razorbacks kickoff at 5 p.m., but if you have a second screen, you might want to tune in to Florida State- MIami. The 'Noles might run away with it, but it's the first time in years this rivalry has meant anything on a national scale. If that one gets out of hand, Oklahoma State-Texas Tech should be entertaining.

On the surface, this looks like a marquee heavyweight matchup of two elite teams, but appearances can be deceiving. Yes, Florida State is the real deal. Jameis Winston is a stud, and the way that the 'Noles dismantled Maryland and Clemson in back-to-back games speaks for itself. Miami's 7-0 start and No. 7 BCS ranking, on the other hand, is fool's gold. An early-season win over Florida is the closest thing to a quality victory the Hurricanes have on their resume. Since then, Miami has mostly been winning squeakers against terrible teams. Despite being a top-10 matchup, this game might be over by halftime. Don't get your hopes up, Canes. You're improving, but you're not there yet. 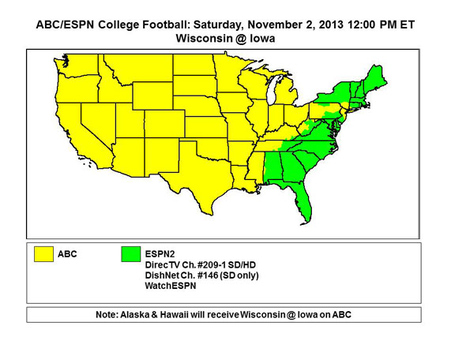 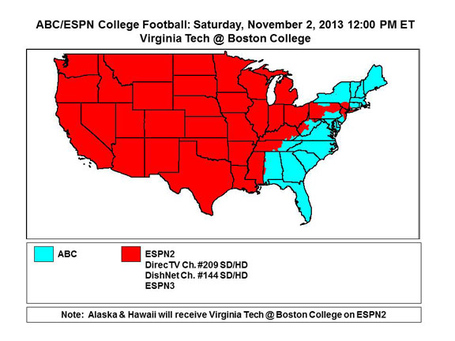