There is plenty of football to be watched between now and the BCS title game on Jan. 6. We'll be previewing them in chunks, continuing with the games from Dec. 23 through Dec. 26. 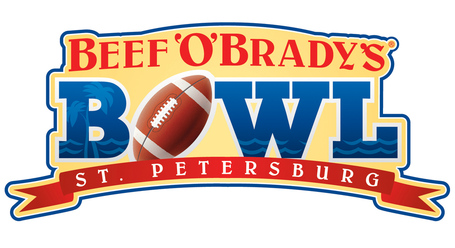 Usually, human beings have to be way past their prime before traveling to St. Petersburg, Fla., but both the Bobcats and Pirates are hoping their best game is still ahead of them. Let's just put this bluntly: Ohio is not a great football team. The Bobcats put together a decent little bowl record by beating seven absolutely dreadful teams. On paper they seem to be outmatched by East Carolina, but if there is one conference that doesn't give a damn about what papers say, it's the MAC. East Carolina comes in with a pretty potent offense, averaging north of 40 points per game and led by junior quarterback Shane Carden. He has already amassed nearly 4,000 yards passing on the season to go along with 42 total touchdowns. Look for the Pirates to swab the decks with the Bobcat defense. (I'm so, so sorry.)

I don't like to brag, but I'm a bit of a connoisseur when it comes to bowl logos. In all of my three decades of bowl watching, I don't know if I've ever seen a lazier attempt at Photoshop than the Hawaii Bowl logo up there. The Famous Idaho Bowl set the standard for "football as food" logos, and the good people at Sheraton fell woefully short of their standard. As far as the actual game itself goes, this one looks like a potential shootout. Both teams average scoring in the mid-30s. Both teams average about 470 yards of total offense per game. The main difference between the two offenses is that Boise is probably a little more balanced than the Beavers. Oregon State relies mostly on its passing offense, which is ranked third nationally in yards through the air. How will Boise State show up after learning that their coach is bolting for Washington? If the Broncos' minds are right and can slow down this Beaver passing offense just a little bit, their more extensive postseason experience should pay dividends as they say "aloha" to the Beavers. (Last pun, maybe.) 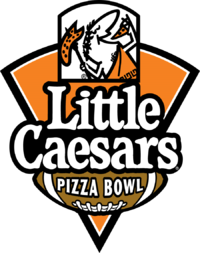 Pittsburgh has experienced some ups and downs throughout its 2013 campaign. The highs include knocking off ACC runner-up Duke and Notre Dame, but there was also a disappointing loss to a fairly mediocre Navy team. Bowling Green comes in on a hot streak, having last been seen destroying both Northern Illinois and Jordan Lynch's Heisman chances. It's tough to compare the statistical seasons of a MAC and an ACC team, but Bowling Green certainly looks like the more solid team. Pittsburgh isn't statistically good or bad in any particular area -- the Panthers are simply pretty adequate on both sides of the ball. Bowling Green, however, has been ranked among the national leaders in both offense and defensive categories all season. It certainly looks like Bowling Green is hot n' ready to take this game. (Once again, apologies.)

I really wish that the San Diego Country Credit Union Poinsettia Bowl would add a few more descriptive words into its title. Seems a little vague. Speaking of Northern Illinois, the Huskies are eager to show the nation that their shellacking at the hands of Bowling Green was an outlier, and not a real indication of their strength as a team. Despite losing in front of a national audience, Jordan Lynch is still one of the most exciting players in college football. He'll have his work cut out for him as he lines up across from a very good Utah State defense. It'll be interesting to see how the Aggies try to slow down the dual-threat attack of Northern Illinois. To use a football cliche, it'll be strength against strength.