There is plenty of football to be watched between now and the BCS title game on Jan. 6. We'll be previewing them in chunks, continuing with the games on Tuesday, Dec. 31.

Here's what to expect during the bowl slate Tuesday. As always, all times listed are Central.

Kick off your New Year's Eve bowl marathon by watching a good, old-fashioned Pac-12/ACC matchup. Boston College is led by running back Andre Williams, who is probably the best running back that you haven't actually seen on TV yet. He's already put up 2,100 yards on the season, which is good for the ninth-highest total of all time. The Heisman finalist from Boston College won't be the only great running back in this game, though. Arizona will counter with it's own stud tailback, Ka'Deem Carey. Carey had a nice season himself, going over 1,700 yards in his junior campaign. These teams are remarkably similar on both sides of the ball, and this should prove to be a pretty even matchup. 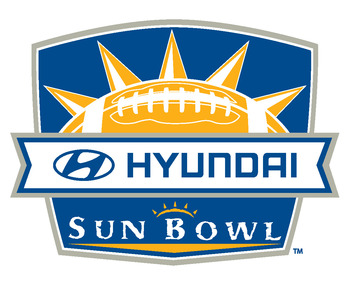 The Sun Bowl should be a great example of one team's strength going up another team's strength. Virginia Tech's bread and butter is its defense. The Hokies rank fourth in the nation in total defense, although we should note that they played a soft ACC schedule that didn't include Florida State. They will have their hands full with UCLA dual-threat quarterback Brett Hundley. Hundley leads the Bruins in both passing and rushing yards and will gladly take whatever Frank Beamer's defense gives him. UCLA will likely be able to punch it in a couple of times, so it will be up to Scot Loeffler and his offense to make sure the Hokies keep pace. That's never a sentence that you want written about your team during a bowl preview.

Well, well, well, Mississippi State: Just when we thought you were dead, you mess around and win your last two games in dramatic fashion and get yourself bowl eligible. As your reward, you get to ring in the new year in beautiful Memphis, Tenn.! One assumes that Dak Prescott will get the start for the Bulldogs after leading them to a thrilling victory over rival Ole Miss. Prescott leads the team in rushing yards, and you may remember him giving the Auburn defense fits during their early-season bout. Rice comes in having won its first conference title in nearly 60 years. The Owls feature a pretty nice rushing attack that should keep the Bulldogs on their heels, but quarterback Taylor McHargue will probably have to make some big plays with his arm if they are going to upset Clanga this close to Starkville.

Johnny Manziel and Co. had what has to be considered a rather disappointing season in College Station. After being the only team to upset the Crimson Tide in 2012, the Aggies had their eyes firmly set on a BCS bowl this season. That dream is gone, but a win over ACC runner-up and media darling Duke would end their season on a high note. This will be both Johnny Football's and Mike Evans' last game as college players, so I would expect them to put on quite a show. The Duke comeback has been nothing short of remarkable. David Cutcliffe has turned what was a putrid program into a pretty good one. Duke features a solid defense, a well-balanced offense and smart coaching -- not a terrible combination. The Blue Devils will be without leading rusher Jela Duncan, who was suspended for violating undisclosed rules. That loss could be huge, as Duke will need to have its best offensive performance to keep the Aggie offense from putting this one out of reach.