Here's what you need to know about Auburn baseball's season-opening opponent, the Maine Black Bears.

An old coach used to always hammer the five P's: Prior Planning Prevents Poor Performance. Not just a fancy slogan that gets a high school football coach/driver's ed instructor through the day; it's also a good way to know what to expect from upcoming Auburn opponents. Here are your five P's for Auburn's first opponent of the year, the Maine Black Bears.

Presenting: The Maine Black Bears. Don't let the location fool you, Maine has a pretty proud college baseball pedigree. The Black Bears have been fielding a team since 1881 and have made the College World Series seven times in their history, the last one coming in 1986. The Black Bears play in the America East and are located in Orono, Maine. Admittedly, I know very little about Maine. I know it's beautiful. I know it's cold. I know it is our first line of defense from Newfoundland and Canada. I also know that it's where pretty much all of Stephen King's stories are set, so the entire state is probably built on an Indian burial ground. (Stephen King is University of Maine, Class of 1970).

Circling back to baseball: Last year, UME finished an even 28-28, and this year, the Black Bears are picked to finish second in the America East behind Stony Brook (last year's College World Series darlings). Maine kicks off the 2013 season down on the Plains, and it begins a nice 4,351-mile road trip that will take the Black Bears from Maine, to Auburn, to Tallahassee, to Port Charlotte to Coral Gables, back to Port Charlotte, to Boca Raton, then up to Stony Brook before finally having a home game on March 23.

Previously: Maine and Auburn have only met one time on the diamond: June 12, 1976, in the College World Series. It would be Paul Nix's final trip to Omaha. Auburn actually jumped out to a 5-2 lead going into the bottom of the second, but Main would rally and tie the game in the bottom of the inning and push across a two more runs in the fourth. Auburn would fight back, though, and score three in the fifth before ultimately losing 9-8. An interesting side note? The starting shortstop for Maine was current Clemson head coach Jack Leggett, who would begin his coach career two years later at Vermont. 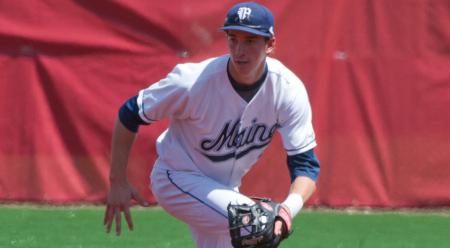 Playmakers: Two names to keep an eye out for on the Maine roster: Michael Fransoso and Troy Black. Fransoso, a senior from Portsmouth, N.H., is expected to start at shortstop. An All-America East first team selection last year, Fransoso hit .327 with a nice .511 slugging percentage and was the Ironman for the team, starting all 56 games. His errors were a bit high, but that was to be expected with the amount of field time that he saw. He's probably the biggest stolen base threat for the Black Bears, and his 19 steals led the team in 2012.

Black is the salt to Fransoso's pepper. The Canadian junior is expected to anchor the other side of the middle infield at second base. He led the team with a .338 average last year, and his 17 steals ranked second on the team. While Fransoso will do most of the heavy lifting offensively, Black should emerge as a nice table-setter. 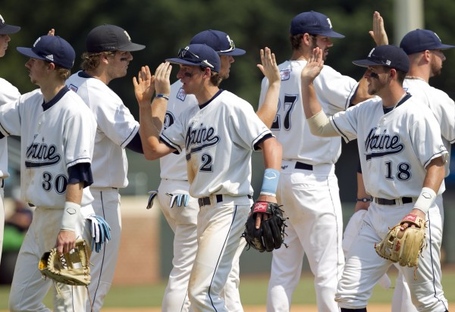 Preview: Although the focus of the Primer is on Maine, the focus on this weekend will be solely on Auburn. The Tigers have four games to come out of the gates hot and ready (Little Caesar's style) and prove that they aren't going to show any lag or carry over from last season. The rotation has already been somewhat set with Daniel Koger going in the opener, Rocky McCord pitching the first game of the DH and Michael O'Neal making his debut for the Tigers later on Saturday. The Sunday starter is listed as TBA and will probably be a game-time decision depending on the doubleheader Saturday. Maine will present a nice challenge for the young Tiger arms, as the Black Bears will return a hefty portion of their offense from last year.

Offensively, Auburn should be in good shape. Most of the pitching matchups have already been announced. RHP Tommy Lawrence will face off against Koger on Friday. A transfer from Winthrop, he could make an immediate impact. LHP Scott Heath will go on the early Saturday game against Rocky McCord. Heath is a utility guy who was an All-America East rookie last year. His movement to the mound is a new one, as he only pitched three games late last season. The only other pitcher listed as probable for Maine is junior RHP Mike Connolly. Connolly is another split player whose performance in the America East Tournament against Binghamton (eight innings, one run, six strikeouts) got him an all-tournament nod. His five wins tied him for the team lead last year.

Not listed in the probable rotation for Maine is Shaun Coughlin, an All-America East selection last year who struck out 51 in 83 2/3 innings and logged three complete games and a 3.98 ERA. Coughlin is a veteran and won't give up free passes easily. In fact, he only walked 19 batters in all of 2012. He should still make an appearance.

Prediction: I would lying if I said anything worse than a sweep this weekend is acceptable for Auburn. I'm going to predict a 4-0 start to the season, and hopefully, many answers to some nagging questions I've had about the team.

A few quick notes, hunches and addendums down here that didn't really fit into the Primer: