The Tigers host four teams for a round-robin tournament this weekend. 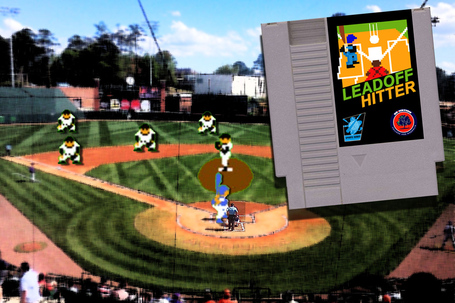 (Note: We're totally stealing this format from And the Valley Shook. It's a good idea, and good ideas deserve to be stolen. We're calling this weekly post "The Leadoff Hitter", because it's the first post related to the upcoming series and sets the table for the weekend's coverage. You know, like a leadoff hitter.)

Auburn hosts Middle Tennessee State, College of Charleston and Indiana State this weekend for the Tigers' round-robin tournament. Coming off a four-game sweep of Maine, John Pawlowski's team will try to improve to 7-0 by the end of Sunday's game.

Damek Tomscha started his Auburn career with a bang, hitting a walk-off home run to give the Tigers a win on Opening Day.

The Tigers cruised in Game 1 and held on in Game 2 to clinch the series victory over the Black Bears.

Auburn batted around and scored six runs in the sixth inning rallying for a win and a series sweep.

Well, it doesn't look good, especially for Friday. Obviously, that mess in Mississippi and Louisiana is heading toward the Plains. The game against MTSU was originally scheduled for 6 p.m., but it was moved up two hours in hopes of squeezing it in before the rain comes. Friday's forecast calls for a 100-percent chance of rain (yikes), Saturday's is set at 50 percent and no rain is expected Sunday.

Monmouth at No.2 Vanderbilt

Evansville at No. 3 Arkansas

Albany at No. 7 South Carolina

Rhode Island at No. 8 Ole Miss

Florida Gulf Coast at No. 17 Florida

Pepperdine at No. 26 Texas A&M