A number of high-profile matchups highlight the TV schedule.

It's Week 5, which means we're getting into the meat of the 2013 college football season. Several contests between ranked teams and conference powers will go down this Saturday, and with no Auburn game to worry about, you can really focus on enjoying all the action.

Here's your game of the week. People seem to be overlooking an Oklahoma team that is just now getting to the meat of its schedule. Sooners QB Blake Bell isn't the most technically polished thrower in the Big 12, but he's a hell of a lot of fun to watch. On the other side of the ball, Notre Dame is motivated to try to win back some of the national respect it lost after dropping games to Alabama and Michigan. The Irish aren't particularly great at any one facet of the game, though ... so it probably won't happen this week. 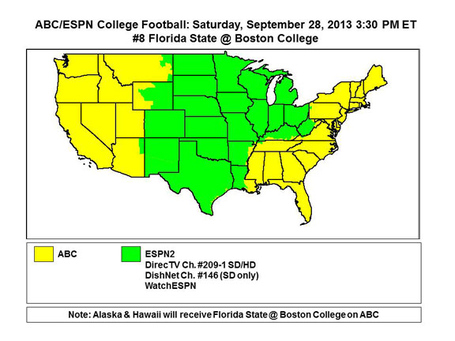 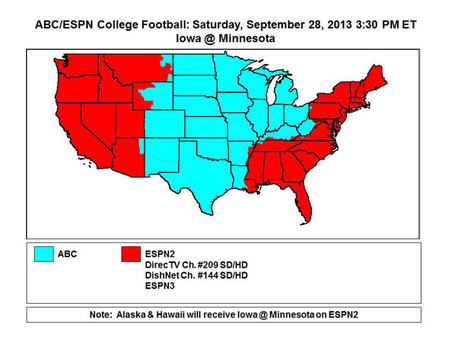