The Undercover Barner gets to take a hard right turn away from melancholy and officially welcome everyone back to the fun. Cheers!

I've missed this feeling. Since I spent most of last season trying to come to grips with what was happening to our program and writing depressing posts about it, I neglected my duties as your Undercover Barner.

This year, Undercover Barner 2.0 is madder than hell and she's not going to take it anymore. Just kidding. But I am more jaded and less patient, so the commentary will be infinitely better.

All that talk last week about it being a new day on this blog wasn't just a cheap way to tie in the title. OK, maybe it was. But things really are going to be a little different this season, mostly because I refuse to let the moody blues get out of control. It may be a new day, but we all know we are probably in for a tough season. Auburn might win some games it shouldn't, but it also might lose a lot more. This past Saturday's game was much closer than any of us wanted it to be. Regardless of the direction fortune takes us this season, UCB isn't going to let the bastards get us down.

To bring you up to speed on the goings on in Tuscaloosa since last we spoke, I have started my second of three years of law school, I just moved into a new apartment with Capstone in the name (puke), and my roommate is a die-hard LSU fan.

And I don't just mean "die-hard" as in she watches all the games and cares. I mean she feels about LSU the same way I feel about Auburn. And to say that she isn't Saban's biggest fan is an understatement. With her permission, I'll be bringing you the best of LT's struggle to make Tuscaloosa understand Saban's lack of sportsmanship and character.** It's going super well so far.

Also going super well is my quest to become an adult by not sitting in the student section at Auburn games. A close friend gave us phenomenal real people seats for the Wazzu game, and I looked forward to having the option to sit down. It was a great idea in theory, but in practice, I annoyed the hell out of everyone around me.*** I can't sit down or stay quiet when Auburn's defense is on the field. I'm not physically capable. It's going to be awkward when I'm dragging my teenage kids into the student section in twenty years because Mommy isn't allowed to sit with the general population. I would apologize to the gentleman in front of me who never stood up nor cheered, but he shot his wife a dirty look when she let out a tiny "Woo" after Therezie's first interception****. He's dead to me.

Let's get down to business, shall we? As a reward for making it this far, I have a few pictures that I collected over the offseason: 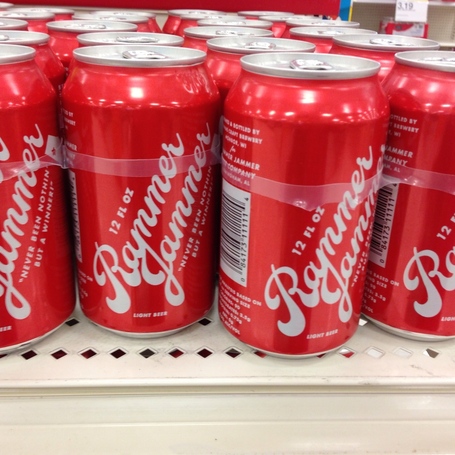 Rammer Jammer Beer is a thing? Aside from the fact that actual Rammer Jammer is one of my least favorite things on the planet, I can only imagine what this beer tastes like.

*SPOILER ALERT* It tastes like arrogance, exaggeration and tattoo-regret, probably. Also a little like winning, but that's not the point.

And Walmart didn't let me down either: 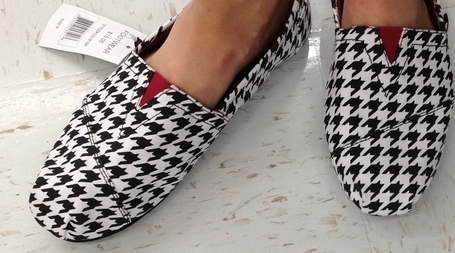 If you're in desperate need of some stylish game day footwear for the fall, but you don't want to pay the high price of giving shoes to those less fortunate, Walmart has you covered with its houndstooth fake Toms!

And I can't even with this: 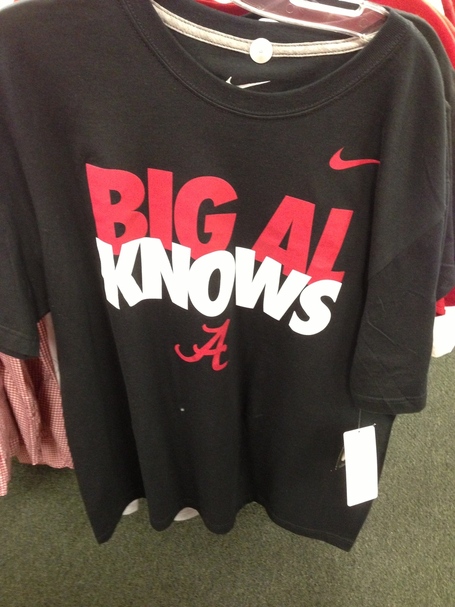 If you follow me on Twitter, you've probably seen me rant about this shirt. Of all the ad campaigns to revive, Nike, you picked the single most iconic one whose star is a freak athlete inextricably linked to Auburn? And you try to push it with Big Al? BIG AL? I reject this in all forms.

This, however, is my favorite thing: 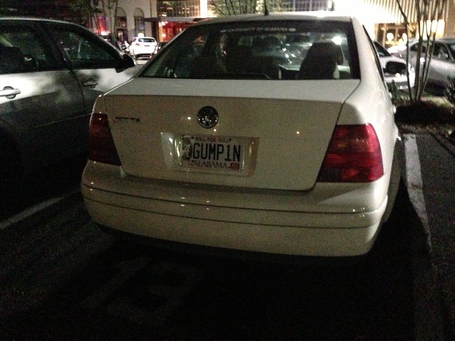 The first step to recovery is admitting you have a problem. And as one who isn't afraid to Barn, I'd buy this Gump a beer.

I'm sure I'll see some more gems as the season rolls on. See what I did there?

If you're heading to the Plains this weekend, be safe and soak up the electric game day atmosphere for me. I don't know the next time I'll be able to make it home, and there's an Auburn-shaped hole in my heart.

Until next time - War Eagle.

*Actually I made no claims to the level of hilarity found in each piece. Read at your own risk.

**LT attempted to inform the fans at Coleman Coliseum for the Basketball Iron Bowl in the spring about Saban's shortcomings as he was accepting the ODK sportsmanship trophy. Her "boooo"s are legendary.

***No seriously. I apologize to everyone but that guy in front of me.

****I literally started yelling as soon as he came down with the ball and didn't stop until I almost passed out because I forgot that I needed to breathe. That story has been 0 percent exaggerated.