There is plenty of football to be watched between now and the BCS title game on Jan. 6. We'll be previewing them in chunks, continuing with the games on Saturday, Jan. 4 and Sunday, Jan. 5.

Here's what to expect during the bowl slate this weekend. As always, all times listed are Central.

Will this be James Franklin's last game as Vanderbilt's head coach? After winning 15(!) of his last 19 games at Vanderbilt, he has found himself seemingly at the center of every round of coaching-search rumors. While we aren't sure about Franklin's future in Nashville, we know for certain that this will be wide receiver Jordan Matthews' last game in the black and gold before peddling his wares in the NFL. One could have a fantastic debate regarding whether Jay Cutler or Matthews is the greatest Commodore football player of the modern era. Vandy will have to keep Houston's playmaker, Deontay Greenberry, bottled up if it wants to keep this Houston offense at bay. The Cougars wide receiver has already surpassed 1,100 receiving yards and is always a threat to hit the century mark. 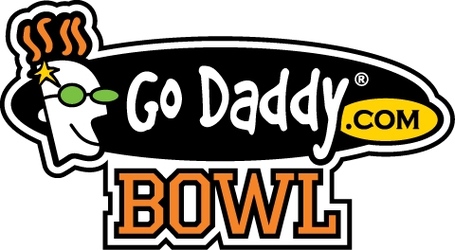 We did it, guys. We found the absolute worst bowl game logo, and it just happens to be the final game before the BCS title matchup. I understand that is the the GoDaddy logo, but this has to me the least imaginative, most hastily thrown together design that was submitted. The story of this game will be that for the third straight year, Arkansas State will be coached in its bowl game by someone other than the coach who got it there. Hugh Freeze and Gus Malzahn gave Red Wolves head coach Bryan Harsin the blue print for building your name quickly in Jonesboro and then getting the hell out. Harsin leaves Sun Belt champion Arkansas State to take over the reins at Boise State, his alma mater. Ball State got here by riding one of the most potent offenses in the country. Quarterback Keith Wenning has thrown for nearly 4,000 yards, and running back Jahwan Edwards is nearing 1,000 on the ground. This isn't a sexy game, but it's the only one you got. After this one, there's just one more ...