We knew we were losing some pieces, but those pieces really showed out at the next level.

Share All sharing options for: Last Year's Tigers in This Year's NFL

Auburn lost some talent last year. I know it didn't really seem like it before this season, but the slow start on offense, the lack of a pass rush, and the decline in special teams can be partially attributed to last year's best players leaving for the NFL. There are six rookie Tigers in the league this year. How does that compare to previous years? Let's take a look. (Data from Pro Football Reference)

Auburn has only had six of more rookies in the NFL four times since 1993: after last year's SEC Champion team, after 2010's National Championship team, after 2006's 11-2 team, and after 2003's talented but disappointing team. Sure, we thought the Tigers had the personnel to compete for another conference championship and make the playoffs, but clearly Auburn lost a lot of talent last year.

So how have those players faired now that they're professionals?

1st Round, 2nd Pick Overall, to the St. Louis Rams 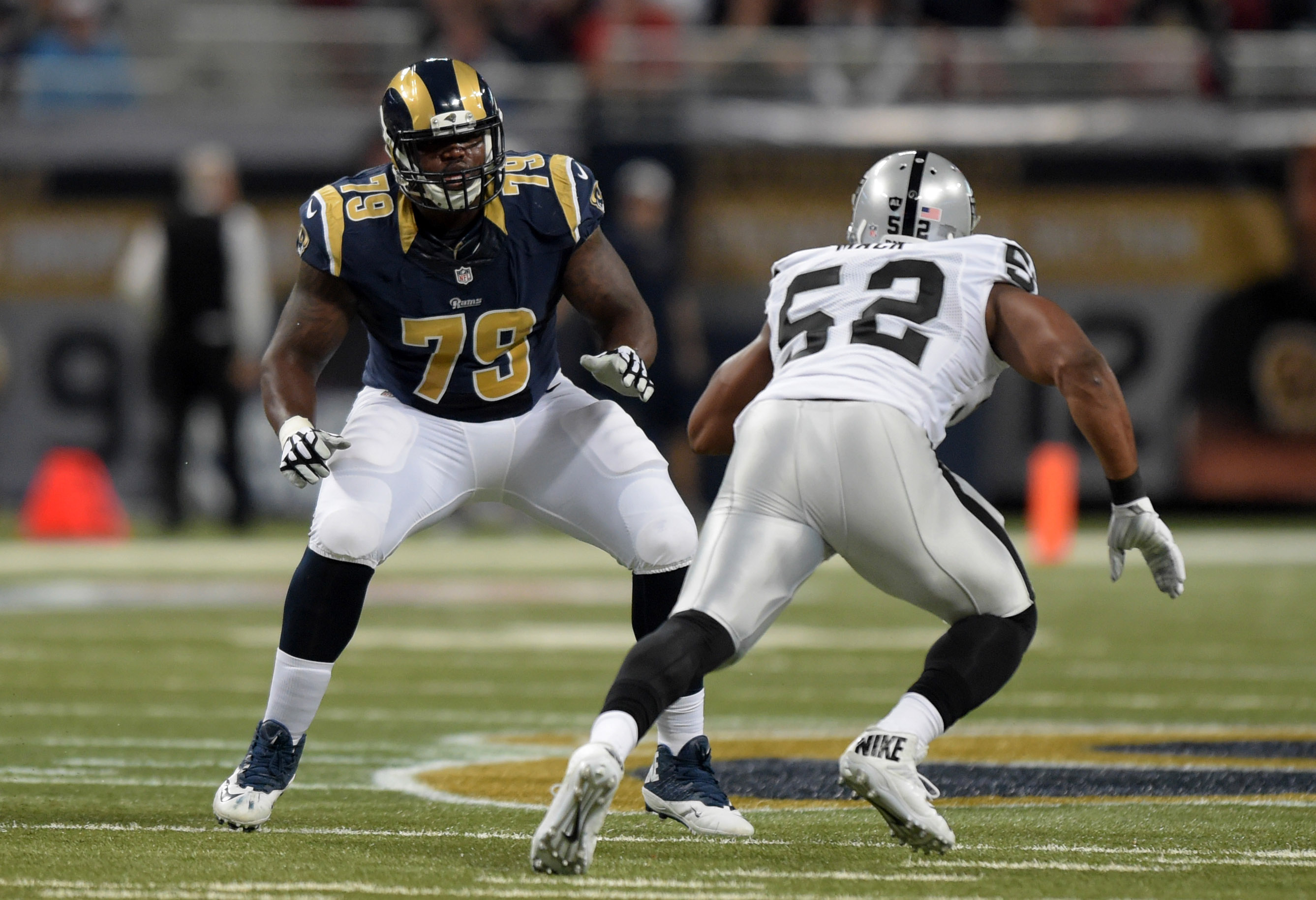 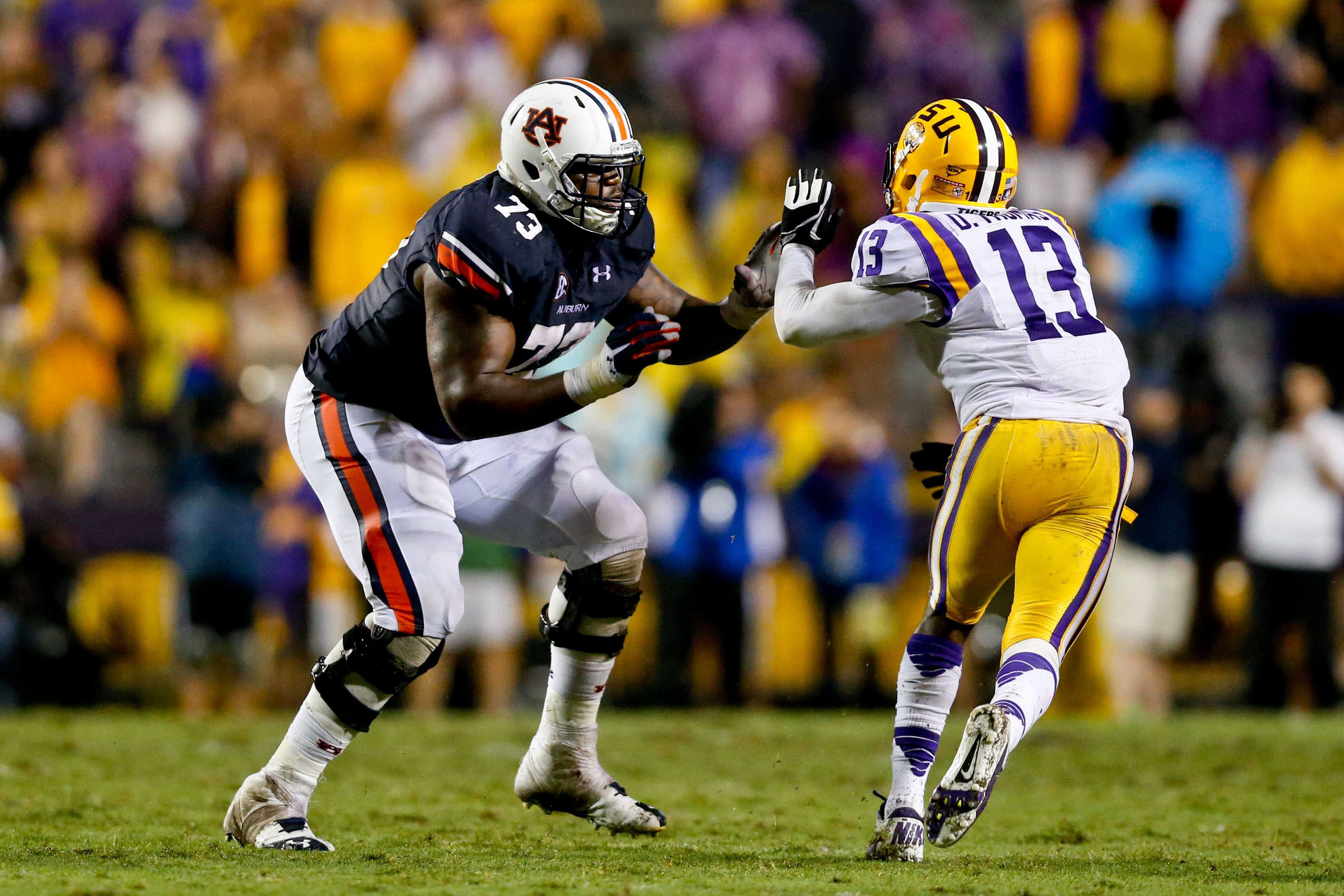 The plan was for G-Rob to get playing time at guard where his pass-protecting deficiencies could be hidden and his run-blocking prowess could be displayed. It worked. In late October, Rams left tackle Jake Long went on Injured Reserve and Robinson has played the position since.

He's already recognized as a great run blocker at the position (duh), and he's improving at pass blocking too.

1st Round, 23rd Pick Overall, to the Kansas City Chiefs 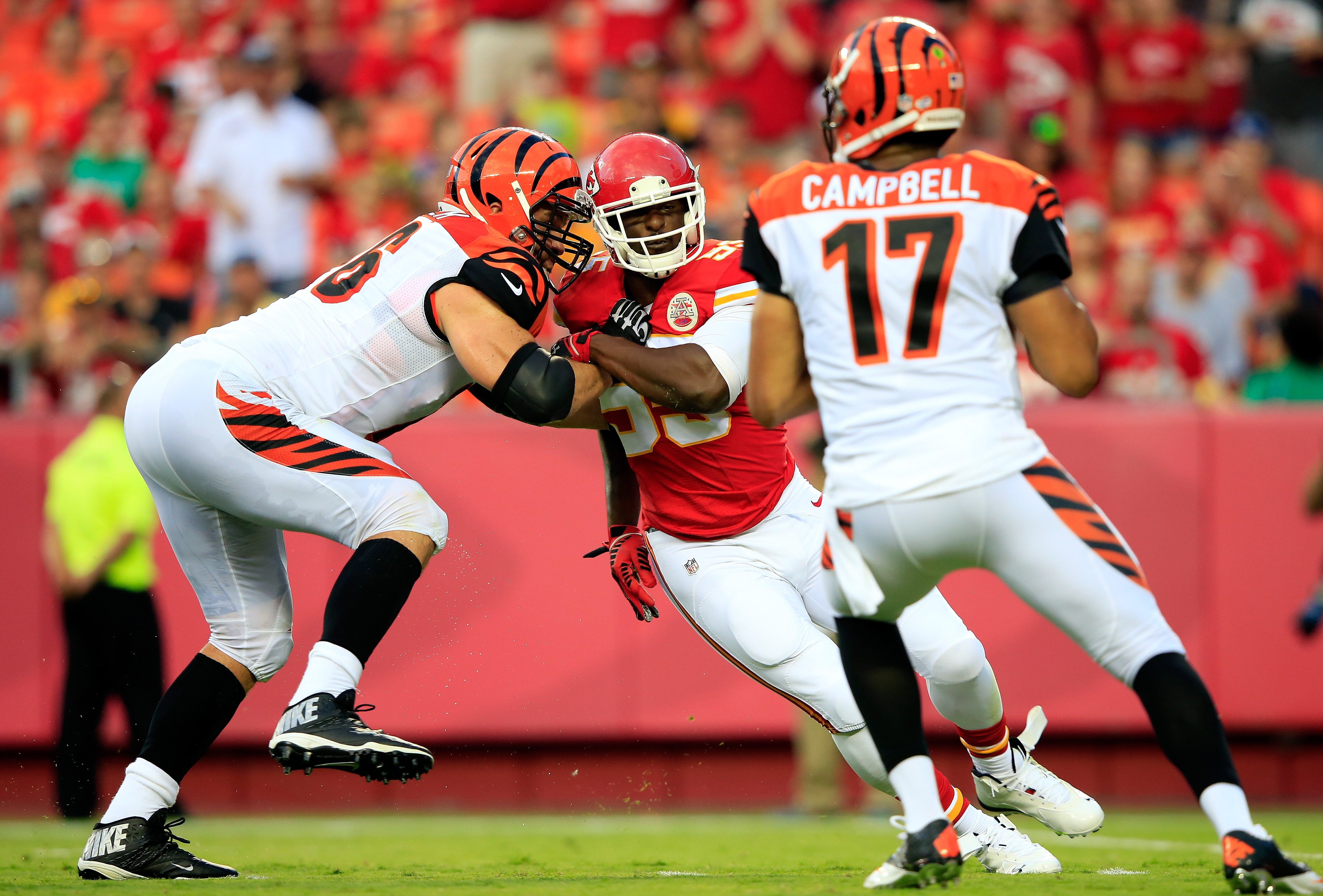 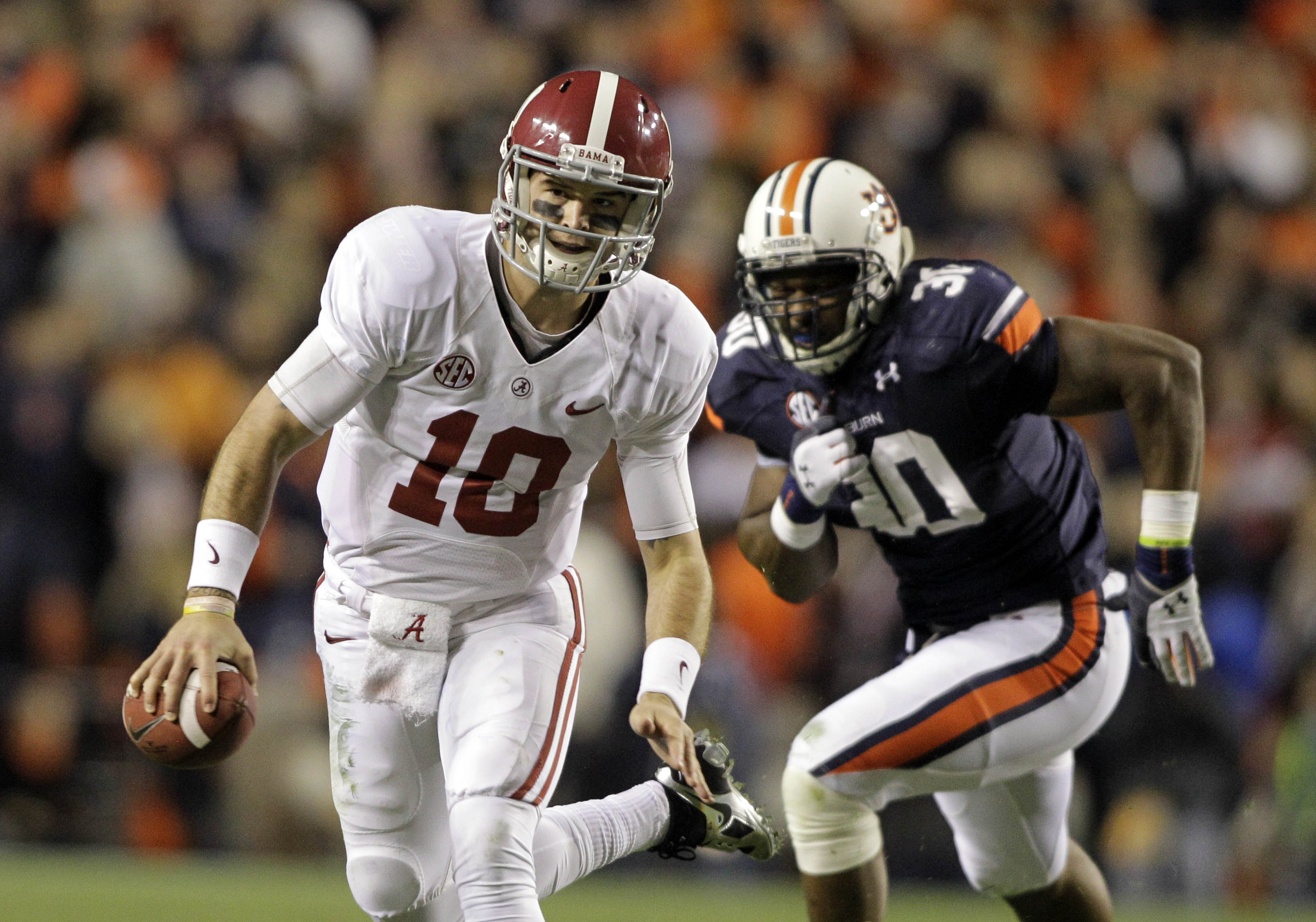 Dee Ford has shown the quickness off the line to be a spectacular pass rusher, but hasn't improved in run-stopping or pass coverage to get consistent playing time. It probably doesn't help that he's playing more of a linebacker position in Kansas City than a traditional defensive end like he did at Auburn. But that may not be a problem. It seems the Chiefs have built their defense to feature pure edge rushers there won't be veterans ahead of Ford on the depth chart forever.

3rd Round, 75th Pick Overall, to the St. Louis Rams 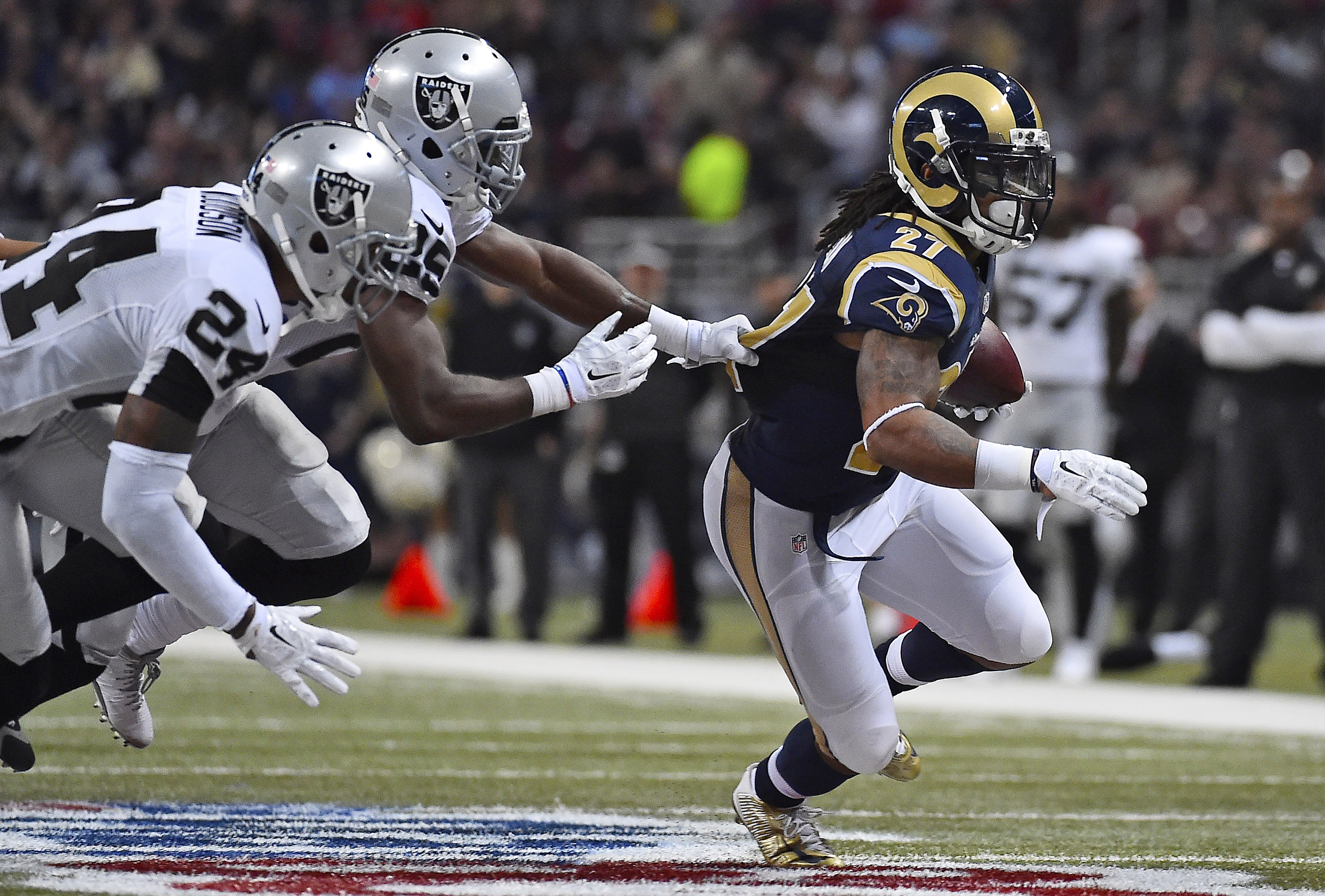 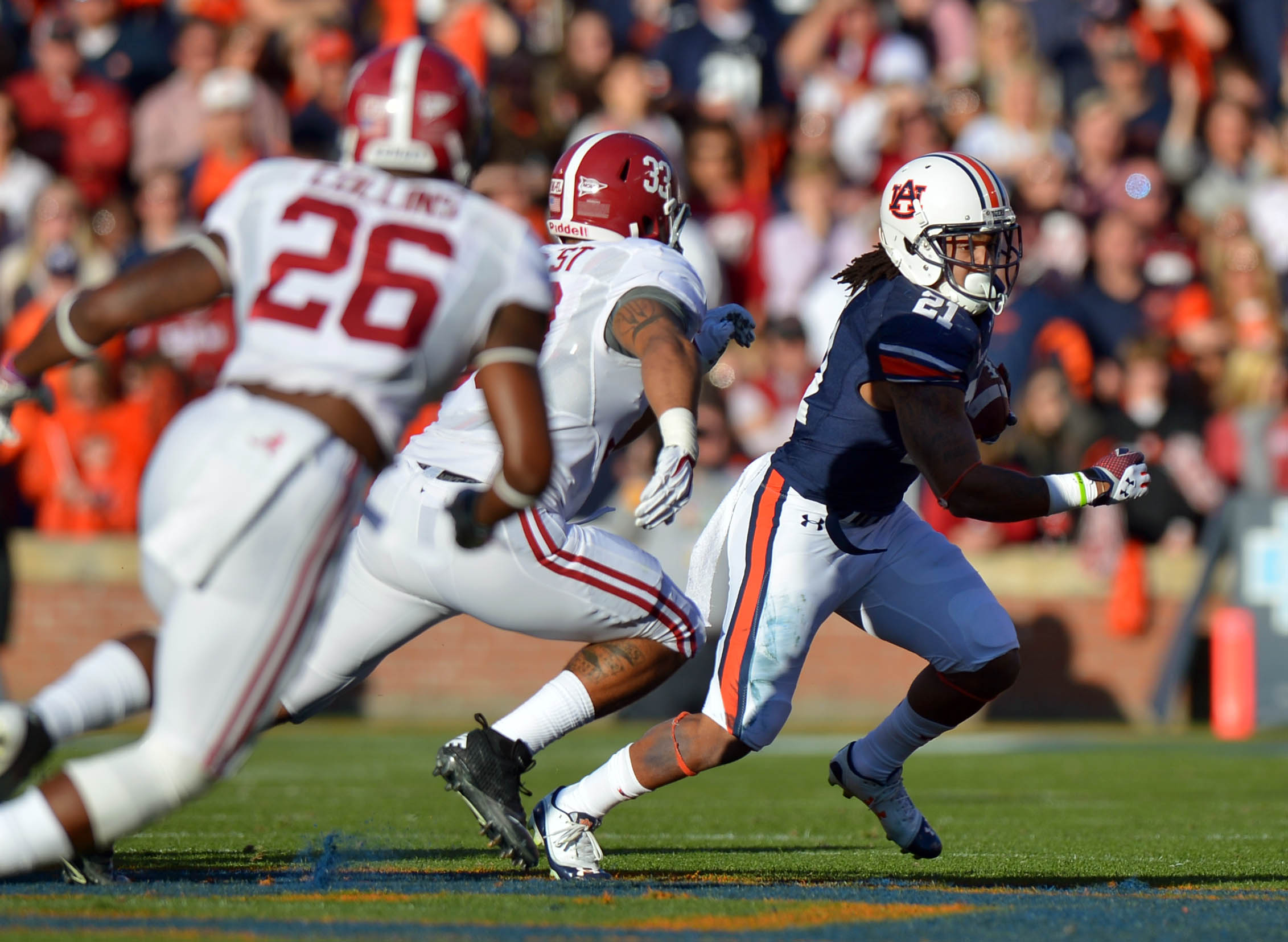 Tre La Soul has had quite a rookie season. He got his first significant work in Week 7 in an upset over the Seattle Seahawks and hasn't slowed down since. He has gained 737 yards in 168 carries, plus 119 yard receiving with on 13 catches. Running backs in the NFL may be a dime a dozen these days, but Mason is making the most of his opportunities.

6th round, 211th Pick Overall, to the Houston Texans 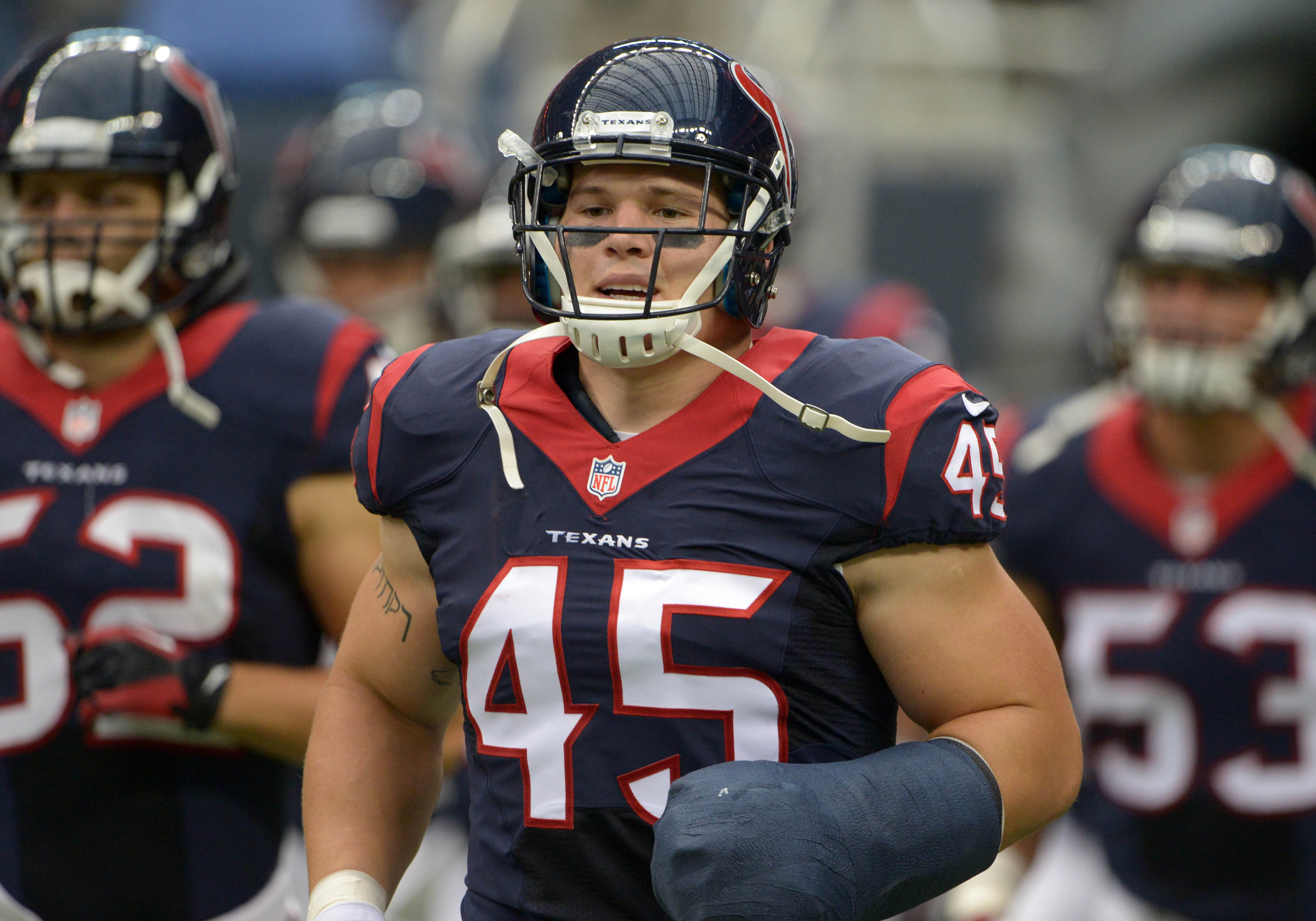 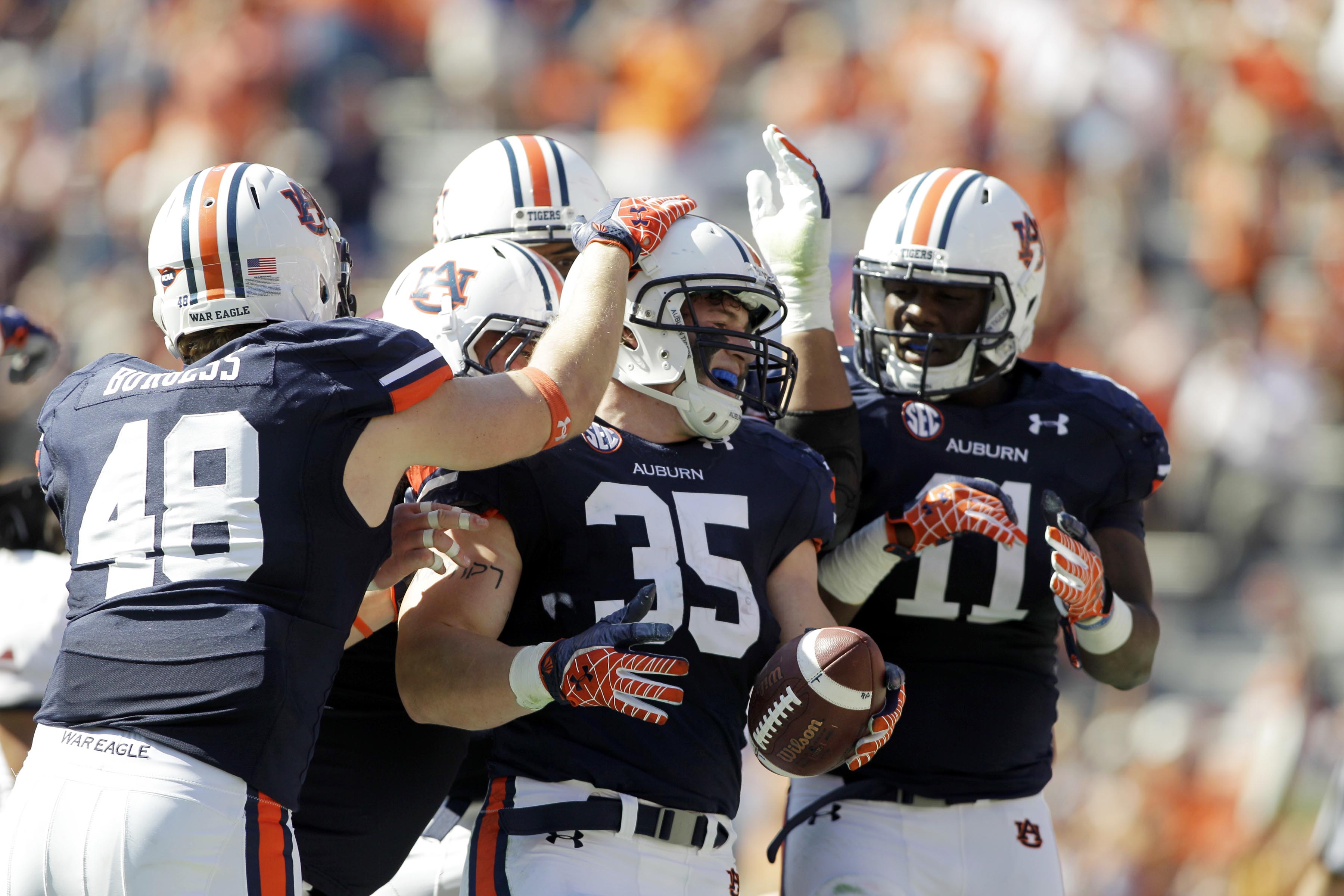 The JuggernAUt was perhaps an under-appreciated gear in the 2013 Auburn offensive machine, and he may very well be clobbering defensive lines in anonymity again in Houston. It's hard to find some decent information on how his season has gone. But, hey,what's more under-appreciated than your coach not knowing if you had surgery on your broken hand, and then going out and doing this a week later? 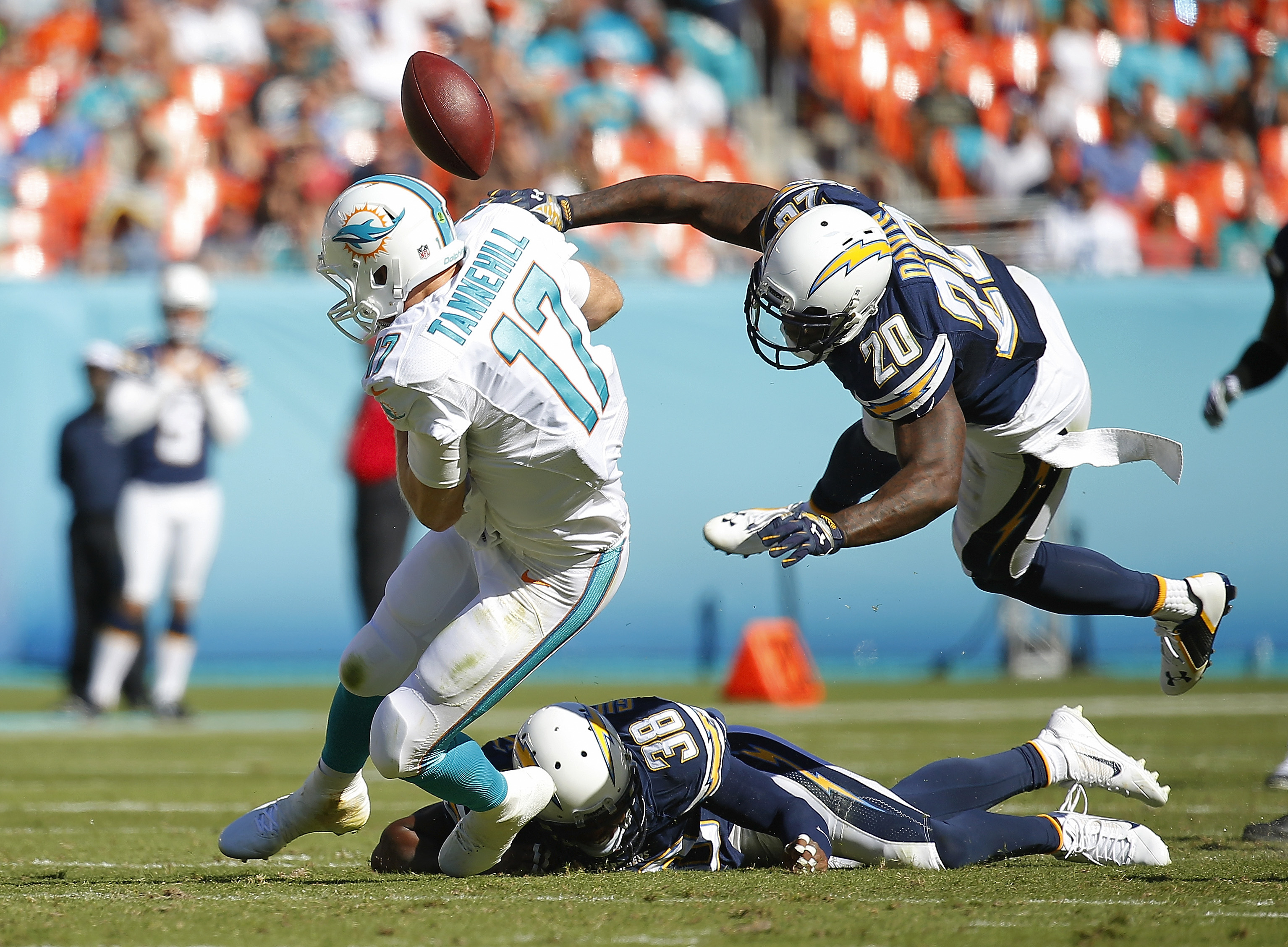 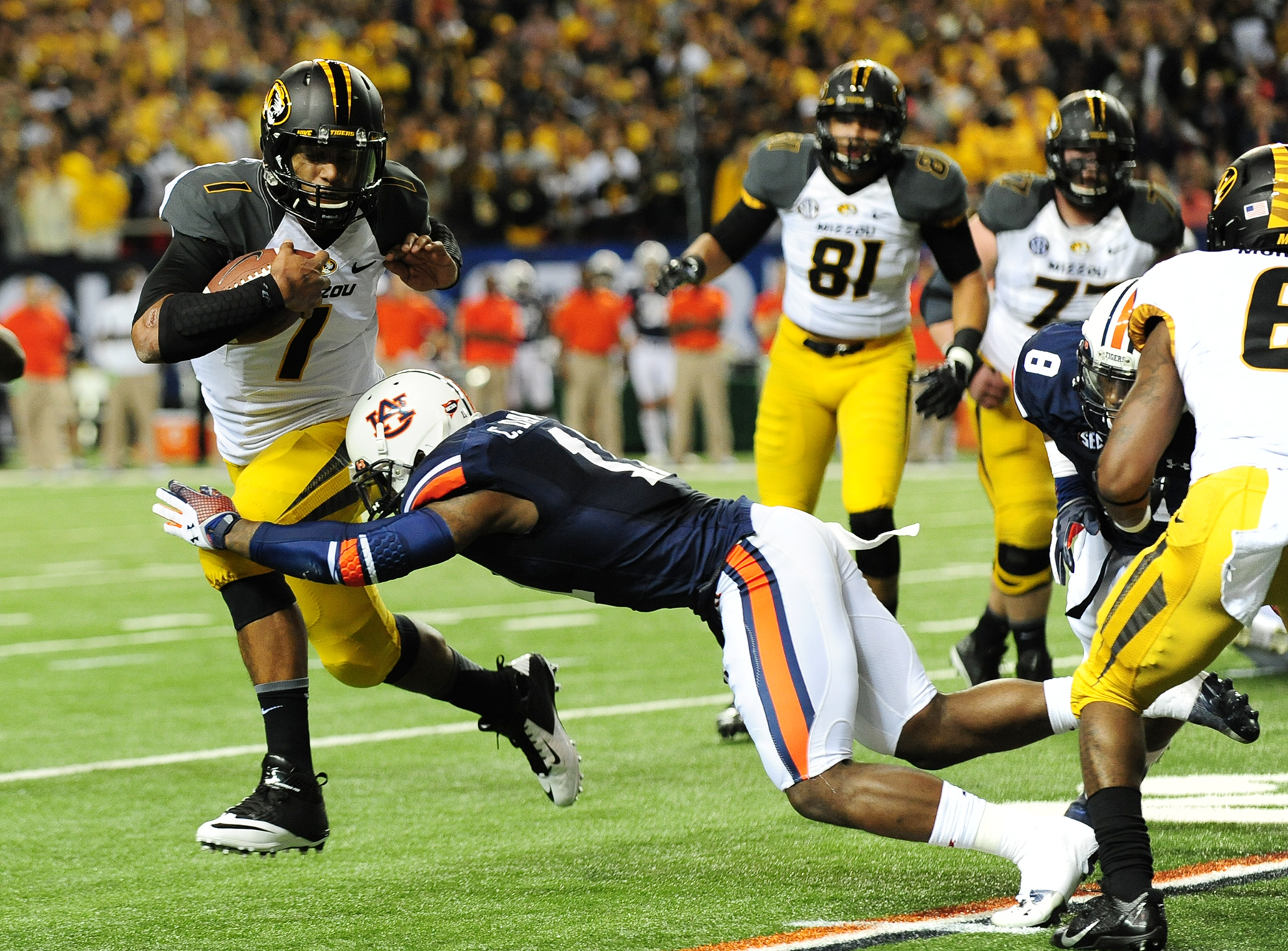 A three-star recruit from Woodlawn High in Birmingham, Davis got late offers to a few SEC schools, but he chose Auburn. He played defensive back for four years and only missed six games. For his senior season, he added punt and kick returner to his resume. For his last home game, he added Auburn Legend to his resume.

He wasn't drafted, but Chris Davis and his tenacity landed at San Diego, where he has played corner back intermittently while contributing more so on kickoff returns. He has 410 yards in 16 returns.

Undrafted, Signed to the Philadelphia Eagles 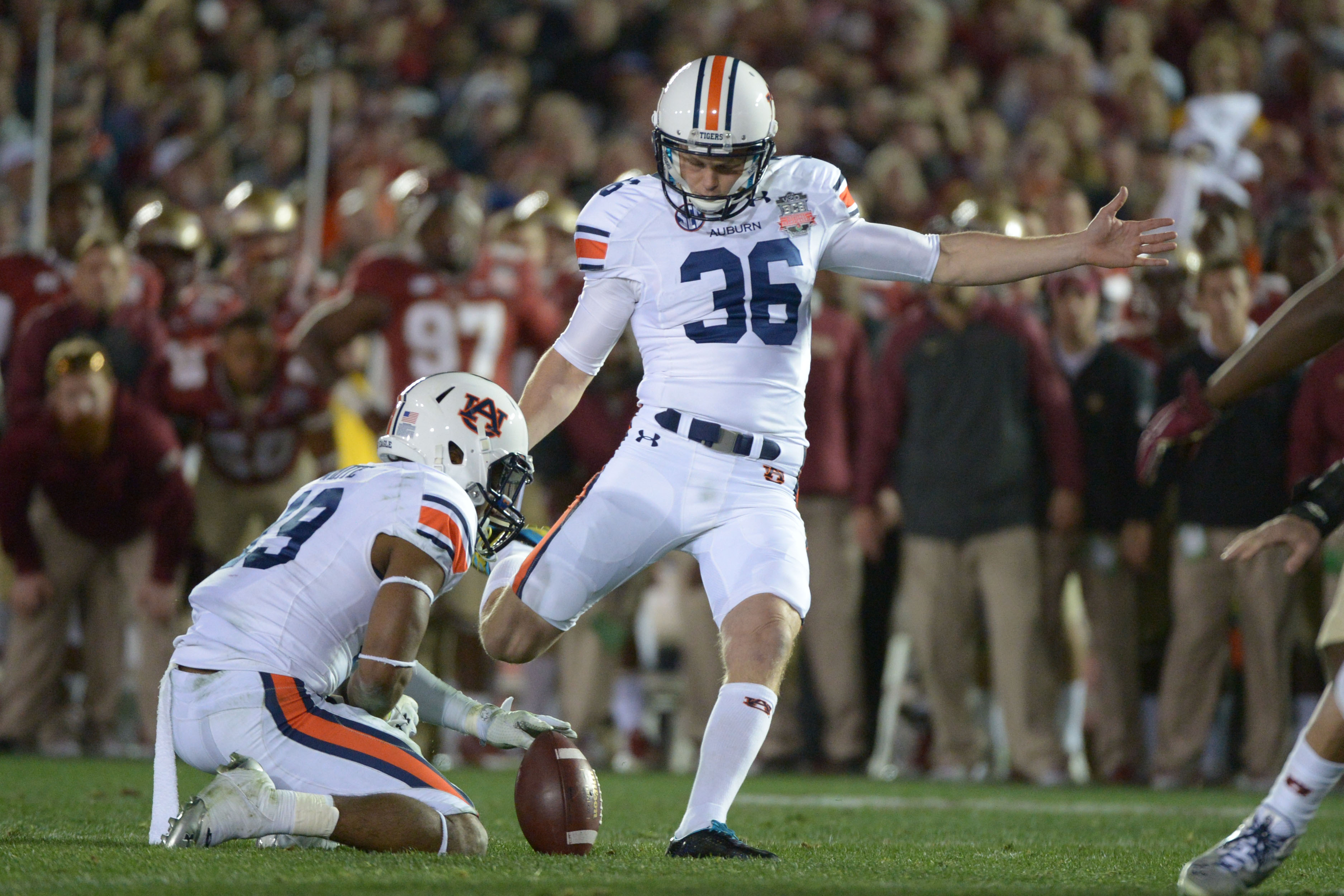 A field goal kicker is one of  the biggest surprise players in the NFL this year. He is tied with five other kickers for most points this season with 127 (with one game to go). He is one of eight kickers to make all of their +50 yard field goals, but Parkey has the most with four. In fact, he's in the top 10 of basically any stat on this page. And he's still kicking Parkey-Bombs, too.