A look back at last week as we prep for this one. 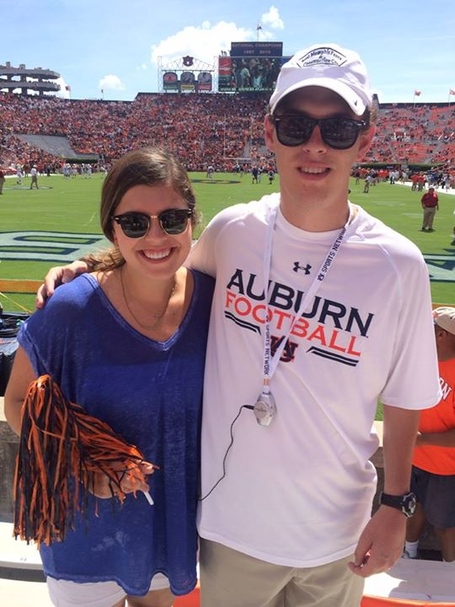 Good afternoon, Auburn Family and War Eagle. Hope you guys enjoyed the first week of SEC football. Auburn got off to a good start last Saturday afternoon in Jordan-Hare and will look to start 2-0 this Saturday evening when San Jose State comes to town. Lets recap week one around the SEC and also look ahead to week two.

The SEC Network launched last Thursday with Texas A&M and South Carolina kicking off the season. Kenny Hill started fast and never looked back as he torched the Gamecock defense in route to a 52-28 victory. Ole Miss opened up their season in the Peach State against Boise State. Senior quarterback Bo Wallace struggled early, but the "land shark" defense held the Broncos to 10 points in the second half on their way to a 35-13 season opening victory. Thursday night ended with a nightmare beginning to the Derek Mason era at Vanderbilt. After a long weather delay the Commodores were finally able to kick off the 2014 season. The delay didn't prove to be helpful as seven turnovers led to a 37-7 loss to Temple.

Alabama struggled early and often, but came away on top in Atlanta against West Virginia. Nick Saban stuck with quarterback Blake Sims and a strong rushing attack to lead the Crimson Tide to a 1-0 start. As well all know, the Auburn offense picked up right where it left off and the defense played outstanding in the second half to lead to a 45-21 win over Arkansas. Todd Gurley started off the season in style as his 198 rushing yards lead his Georgia Bulldogs to a 45-21 victory over Clemson. It looks like Dabo will once again be unhappy with his defense. In an exciting end to the night, Les Miles lead his LSU team in a comeback win against Wisconsin in Houston. The Tigers rallied in the fourth quarter for a win 28-24 over the Badgers.

In early season games with no significance, Mississippi State shattered Southern Miss, Kentucky knocked off UT-Martin and Missouri got past South Dakota State. Will Muschamp wasn't able to begin another year in Gainesville as severe weather led to the cancellation of their game against Idaho. It doesn't appear that the two teams will play a double header this weekend.  The opening weekend in the SEC ended with Butch Jones getting off to a nice start in his second season at Tennessee. Justin Worley threw for 273 yards and the Volunteer defense held Chucky Keeton in check in route to a 38-7 victory over Utah State on Rock Top.

Now that week one is in the books, let's look ahead to week two in the SEC:

Hope everyone had a safe and enjoyable Labor Day weekend. I apologize for getting this post out late. I had to travel back to Arkansas after the game and actually work on Monday. That's about as fun as watching Bret Bielema eat two Big Macs after losing another one to Gus. Feel free to contact me on Twitter @AUTigerFrank. War Eagle!