Can you feel it yet? You know, fall. It’s that time of year when the leaves change colors, pumpkin everything is acceptable, and we finally can escape those 95 degree days of summer back sweat. Oh, and another thing… football is finally moving past cupcake season and into October. This is where teams we never saw coming can make their name, or where preseason elites fall off a cliff. You may not be able to win your conference in October, but you can sure lose it.

As is, we still don’t really know enough about most teams to make a definitive judgement. We can talk about how teams have looked, like how, despite their record, Ohio State has been sputtering against lesser opponents. We can talk about how we think teams will play the rest of the year, who will win their conference, and who will be IN for the CFP. However, with as many analysts and talking heads trying to tell us that their "Top 4" is based only on what has happened on the field this season (yeah, ok), why not put a number on each team’s performance? Lucky for you, I’ve done just that!

For those that have kept up with me through the last few months, you know the drill. And for those who are new to the party, check out what I’m doing here, here, and here, with plenty of thanks to WarRoom Eagle for the inspiration and definition of knockouts. I’ll put the same disclaimer on this week’s rankings as last week’s; this is still really early in the season to be calculating things based only on results, especially when several teams have had bye weeks and played FCS games (which by rule, I don’t count). Strength of schedule is especially volatile at the moment, which is a big reason for something I’ll discuss in a moment. But first, (drum roll, please) here are the Week 5 Sterritt Score Rankings!

Here is the full spreadsheet if you want to check it out in all its glory.

Oh man, there are so many things to talk about this week. Let’s start at the top of the rankings. Ahem…

WHY IN THE WORLD IS WEST VIRGINIA STILL NUMBER ONE?!?!?!

I’m as shocked as all of you. Granted, the gap between WVU and everyone else has shrunk significantly, but there is no reason they should be #1. They just got beat by 20 by Oklahoma, with about a 20 minute knockout. Their two wins have come against a bottom-of-the-Big 10 Maryland and the jewel of the Sun Belt Georgia Southern. Yes, those two wins were pretty significant beat downs, but still… I definitely can not justify their ranking. This, as I mentioned before presenting the rankings, is a function of small sample size (only three counting games). They have an opponent’s win percentage (which is also the strength of schedule statistic, SOS) of 89%, which does boost them up quite a bit. This will fall back down to earth soon though, as the conference average for SOS is 52%. 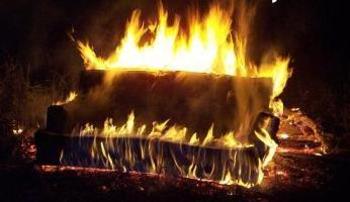 Another point of intrigue, which will surely only be met by some kind words of disagreement by a certain fan base, is that Alabama, after totally dismantling UGA at Samford Stadium, has fallen out of the Top 4. I’m not totally comfortable with that, as I personally think they are a Top 4 team, but the Score would counter that by saying they haven’t actually beaten anyone of note, and they have a loss. Again, the Score does not coincide with the "eye test" on this one, but since every single team Alabama has played so far lost this week, they slipped a little bit in the rankings. If anything, this probably meant that it had overvalued Bama coming into this week, and its SOS took a hit. The "quality win" over Wisconsin is looking more and more meaningless, and the loss to Ole Miss looks more unjustifiable after Ole Miss got stomped in the Swamp. I’m not really sure what I think about UGA, except for that any time you are starting a QB who wasn’t going to play at UVA and transferred to you, a national title seems like a bit of a stretch. Perhaps they, along with Ole Miss, will rebound well, and Bama’s SOS will rise back up.

Or, all of this could be a conspiracy by me to keep the Tide down, PAWLLLLLL.

Let’s see, what’s next? Ah, yes, the team that I am officially starting the bandwagon for. Or maybe they would prefer a band-battleship. Or submarine? Doesn’t matter. Anyways, the Naval Academy, yes, NAVY, is #2 in the Sterritt Score Rankings and is a big win against Notre Dame away from coasting to an undefeated season. Seriously, look at their schedule. It’s pretty weak, with the only relevant games coming against Notre Dame (#26), Houston (#25), Memphis (#46), and potentially Temple (#16) if they make it to the AAC conference championship. If they can run the table this year, with it looking less and less likely that there will be P5 teams to do it, I think they have to at least be considered. But, they really need to hammer those four big opponents, especially Notre Dame on national television, to create a good impression for voters. Keenan Reynolds, their QB, will most likely set the NCAA record for career touchdowns this season, and he could be a dark horse Heisman candidate should Navy pull off an 11-1 or 12-0 season. I can’t recall the last time an academy went to a major bowl game, but hopefully this year’s Midshipmen can make a run at it. 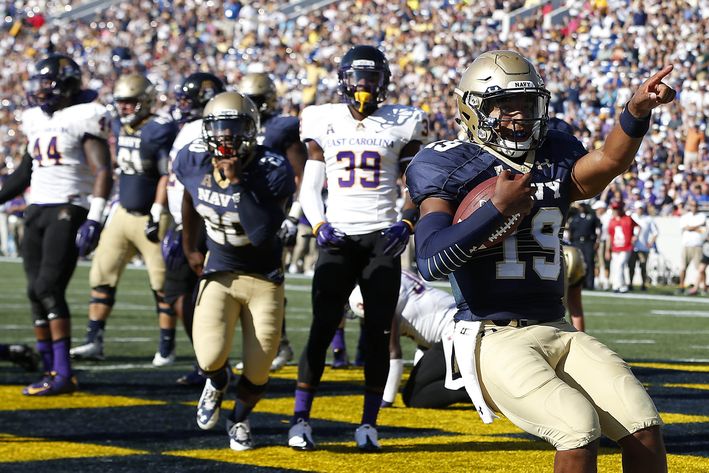 Each week I plan on talking a bit about the conferences as a whole, because, ya know SEC! SEC! SEC! is a thing. Unfortunately, right now, the Big 12 is barely ahead of the SEC in terms of average ranking of its members (39.4 to 39.8). This is in large part due to the Big 12 having 40% of its teams undefeated, and yet another (despite a loss) still ranked #1 in the country. I would like to note as well which team currently has the highest strength of schedule, and that would be the SEC, with an opponent’s winning percentage of 59%. I think that’s something to consider next time people want to complain about the SEC’s scheduling tendencies, and you are more than welcome to reference this article. The ACC is the worst P5 conference right now (surprise surprise), with what seems like only one real CFP contender in Clemson. Perhaps FSU runs the table again against a weak schedule, but all of the sudden they should be mighty afraid of their rival up in Gainesville. The Sun Belt, to nobody’s surprise, is the worst conference I the country right now, with an average Sterritt Score ranking of #109. The lone bright spot for the conference is Georgia, which, despite a week one beat down at the hands of West Virginia, is ranked #57.

"What’s that, Ryan, you say you have good news? Please. Anything. We just lost Duke."

Well Auburn fans, I do have a little something. We finally aren’t the worst team in the SEC anymore! Auburn is up to #77 after a comfortable (at least I felt) win versus SJSU, and we have jumped up just above #82 Vandy and #85 South Carolina. Baby steps, guys. We’ll make it to the Top 4 in no time. Right? RIGHT?

As is, your Top 4 is West Virginia, Navy, Baylor, and Michigan. Alabama and USC are the teams on the outside looking in, but you know how I feel about that. If you’re looking for this week’s game of the week, the matchup with the lowest combined ranking is #14 Northwestern vs #4 Michigan. Somehow, some way, we live in a world where that makes sense. This season, you guys… this season. And it’s just now October.

Questions? Comments? Let me know what you guys think in the comments or on Twitter @RyanSSterritt