A close look at the type of plays you can expect to see from Auburn for at least two more years. (Non-safety related rule changes can only be addressed every other year).

Share All sharing options for: Every Pop Pass Auburn Threw in 2013 and 2014

With the change in the ineligible downfield rule becoming official being tabled, I thought it would be interesting to see just how often Auburn has used pop passes (or run/pass option plays), the type of plays that the rule tried to deter. Just going on memory, I remembered a few delayed bubbles in the 2013 Georgia game, the game-tying touchdown int the 2013 IronBowl and not much else. But with the cut-up videos I've made since last year, I was able to quickly watch every play over the last two seasons. And I was surprised to find that Auburn at least threatened to throw pop passes much more often than I thought.

For detailed info on the pop pass, read Ian Boyd's story from last year. Basically, it is a play that has a run option and a pass option and the decision to do one or the other is made by the quarterback after the snap. This is different from some plays like the standard bubble screen where a decision is made before the snap.

Auburn uses two types of run/pass option plays. One is a delayed bubble screen. Now a bubble screen is part of Auburn's pre-snap read as well, but when the quarterback actually runs out of the backfield as if he's keeping it, reads a defender during his run, and then throws the ball to the receiver, that's a pop pass. This always goes to the side with a slot receiver. 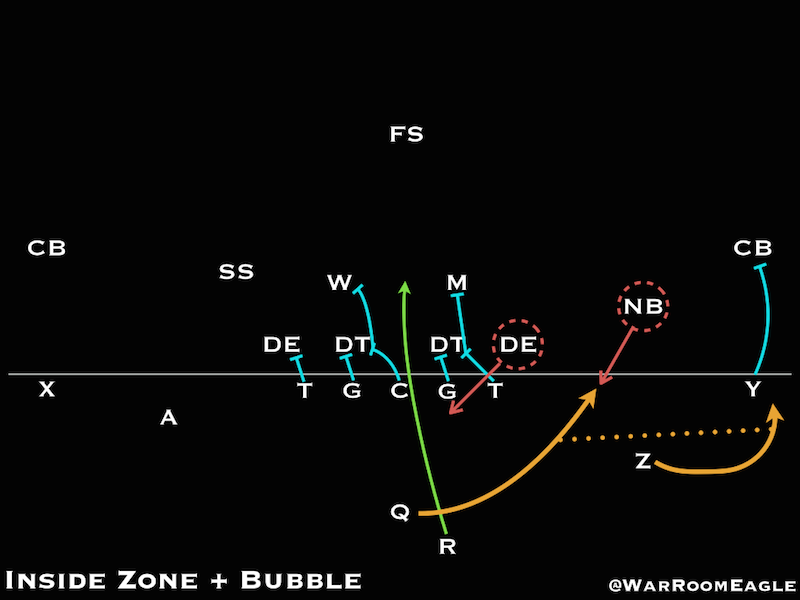 The other pop pass is the Hitch/Go. It is run to the split tend side of the formation. The receiver runs a go route that can turn back to the quarterback if the defense is playing soft. Basically, the receiver should draw the cornerback downfield and away from the quarterback or, if the cornerback runs in the backfield, he should make a big receiving target for the pass. This is the rarer of the two, but it is also the more potent. 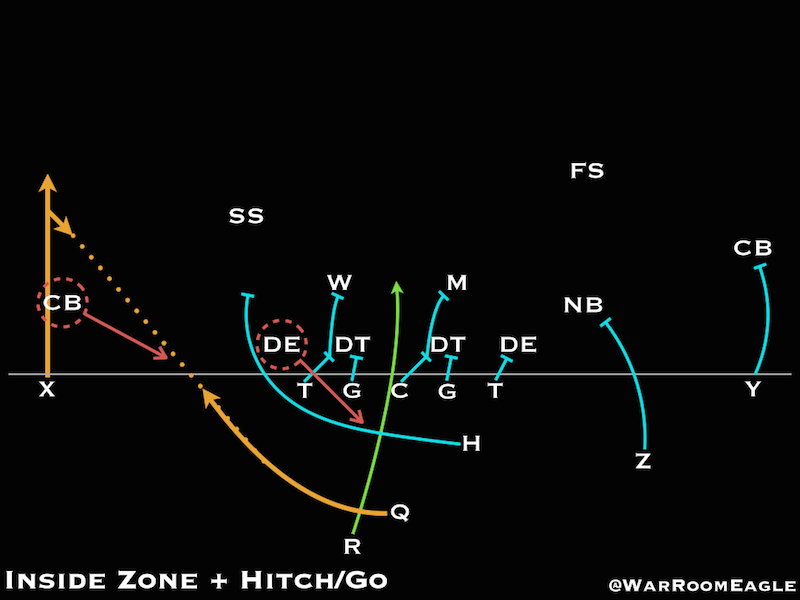 In the video, I tried to include every pop pass Auburn has thrown or obviously threatened to throw since the beginning of 2013, but let me give a few disclaimers. I don't know what plays are being called and I don't know what's being improvised. Some plays might have had a pass option but since it was so well covered, it was immediately dismissed and therefore doesn't look like an option.

I didn't include bubble screens that were thrown as a result of pre-snap reads and I only included quarterback runs if it was obvious he was thinking about throwing the ball. I didn't include any runs by a running back because, though a pass could have been an option had the quarterback kept the ball, I have no way of knowing that. Finally, Rhett Lashlee has said there's always a pass option and there's always not a pass option, so there's that.

The first thing I noticed was that these plays were used in many more games than I thought. But what I really wanted to know was how often Auburn had an ineligible receiver downfield according to the three yard rule and how would that change with the one yard rule.

Actually, nothing changes with the bubble version. The ineligible downfield rule only applies if the pass is caught past the line of scrimmage. The bubble route is run behind the LOS. It's called a bubble screen, after all. This is the version of the pop pass that Auburn used the most and it led to many more runs than passes anyway. I also noticed a lot of variety in similar plays. For example, the slot defender can start the bubble route, but then break inside to block an inside defender chasing the quarterback. I think we'll continue to see this and similar plays in the future.

The Hitch/Go is another story. Two of these plays could have been flagged for an ineligible downfield, though they were the first two times the play was used in 2013. Auburn used the play legally after that. Now that the rule change has been tabled, expect to see this play a lot too. In fact, several of the quarterback runs from this play were so good because the corner had to chase the receiver downfield. Watch the first play shown against La Tech (4:00). That run is only as good as it is because the cornerback didn't leave the receiver.

Now Malzahn was already getting creative and toying with using the wheel route in pop plays (4:30 mark in the video) to get the Hitch/Go effect, so I bet he finds new ways to use pop passes this season, too. Not having as mobile of a quarterback may present some challenges, but Jeremy Johnson is included in the video. And what about a Wildcat pop pass? I'm not saying it is or it isn't a good idea. But I wouldn't put anything past Malzahn, who is surely relieved that the Rules Committee decided to leave this bit of creativity in the game.

Next Up In College Football