We welcome All-American Auburn Gymnastics alumna Megan Walker to the fold to write about the Tigers for us!

As a member of the 2015 Auburn Gymnastics Team, I had the pleasure of ending my gymnastics career on an extremely positive note. Last April, the Auburn Gymnastics team achieved every single goal we set for ourselves. Those goals included becoming a team that could consistently score a 197 or better, make the night session at the SEC Championships, and qualify to the NCAA National Championship. As the season progressed, it became evident that we had something special. Up until this past season, Auburn Gymnastics had been through a lot of hard work, a plethora of serious injuries, and heartache. 2015 changed everything. We managed to have a solid showing at the Regional Championship and earn our trip to Texas for NCAA’s. On the night of prelims, we felt nothing but gratitude, accomplishment, excitement, and joy. We went onto the competition floor, had the meet of our lives, and qualified to the Super Six (gymnastics’ version of the Final Four). It was a night I will never forget. 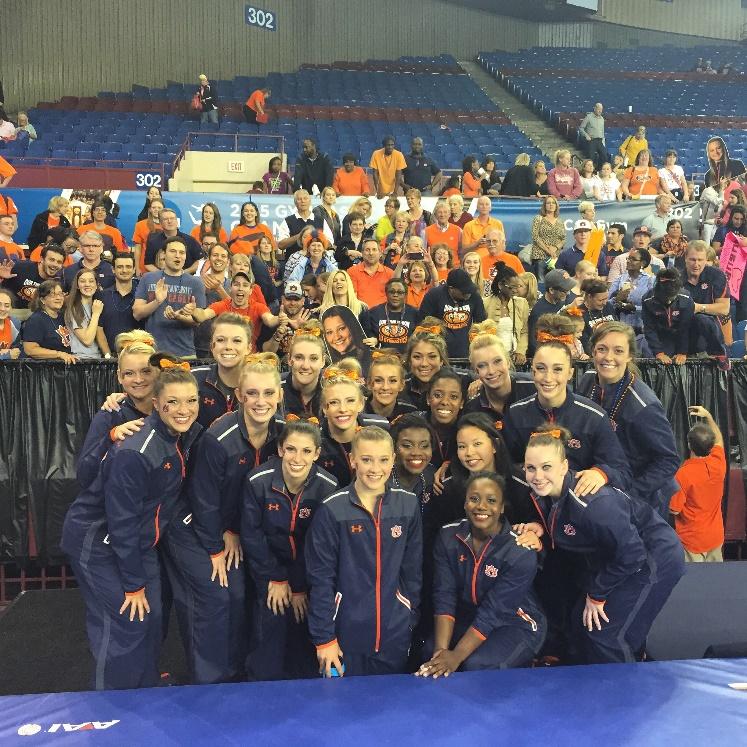 Fast forward to the present, and the Auburn Gymnastics team looks very different. The 2015 senior class graduated and started “life after gymnastics” while six smiling, eager freshman walked onto the Plains, ready to start their collegiate careers. Auburn Gymnastics went from being a team of veterans to a team of new faces in just a few short weeks.

The veterans that remain include Caitlin Atkinson, Kait Kluz, and Lexus Demers, who are the ingredients that make up this year’s senior class. Atkinson, who has gathered accolades such as SEC Gymnast of the Week, All-SEC, and All-American status, will be one to watch this year, once again. Kluz is known for her consistency, and is someone the team can always rely on in a pressure situation. Finally, Demers is an example of what hard work can do for an athlete. The improvements she’s made since coming in as a freshman are truly impressive and she has become a staple competitor in three events. 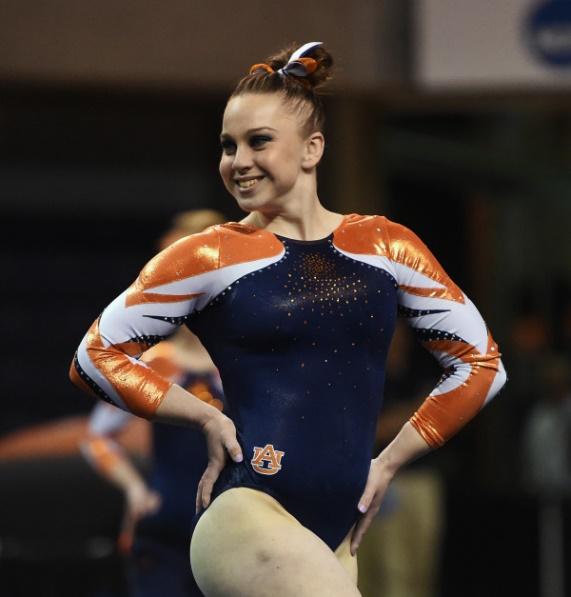 In addition to the “senior citizens,” as they dubbed themselves, Auburn welcomes back four juniors and six sophomores. Several of these athletes have great experience and presence in the gymnastics world. For example, Juniors Kullen Hlawek and MJ Rott are known for their power and presentation (be on the lookout for Kullen’s moon-walk and MJ’s sky-high tumbling). However, of these ten student-athletes, five of them have never competed since coming to Auburn. With six freshman added to the mix, it seems that Auburn is fighting an up-hill battle. Eleven of the nineteen girls on the team have never been in a starting line-up on the college scene. However, it doesn’t appear that this young team is phased by the challenge.

Last weekend, the Tigers traveled to Oregon State for their season opener. The Tigers were ranked 10th (highest pre-season ranking in school history) and had what they would call a “successful business trip.” Auburn defeated the Beavers 196.175-195.425 and moved up to 7th in the rankings. The veterans and new members meshed well together, displaying a level of confidence not previously seen by Auburn at the first meet of the year. Five of the six freshman got to test the waters, and they performed admirably for their first meet. Imagine being 18 years old, competing in front of a few thousand people with cameras in your face, all while trying to flip on top of the four-inch beam. I promise you, it’s easier said than done. They genuinely did a great job at handling the atmosphere. 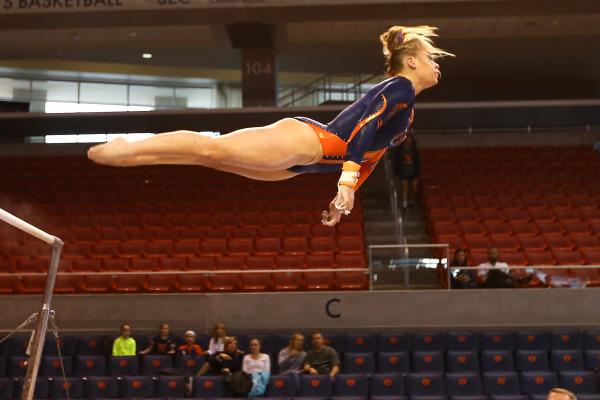 The next atmosphere they get to experience will be very different from this past weekend. On Friday January 15th at 7pm, the Tigers will march into Auburn Arena for the first time this season to take on the Kentucky Wildcats.  The girls will line up on the floor, fidget during the National Anthem because they’re too excited to stand still, and quickly march to their first event. The freshman have only competed at an away meet, and have never experienced the excitement of Auburn Arena. I’d give anything to compete one more time in front of an Auburn crowd, but instead, it’s time to welcome a new era of Auburn Gymnastics. It’s time to kick off the gymnastics season and as an Auburn Family, give the freshman a true Auburn Welcome this Friday night. See you there, and War Eagle.