Former Auburn Gymnast Megan Walker gives us an idea what it's like to do three meets in 8 days, reviews the last two meets, and previews tonight's meet against #1 Florida!

The Auburn Gymnastics team has recently been through a whirlwind of meets. They started their season by traveling to Oregon St. That meet took place on Sunday, January 10. Just five days later, the young team competed again, this time hosting the Kentucky Wildcats. Auburn won the meet (which has been the theme of athletic events against Kentucky in Auburn Arena this year) and scored a respectable 196.275. Two days later, the Tigers faced Alabama at the Elevate the Stage meet in Birmingham. Auburn posted a 196.075, a season-low for the team. Fatigue was evident from both teams, since both had done a Sunday-Friday-Sunday series of competitions. Alabama was victorious (for what felt like the thousandth time). 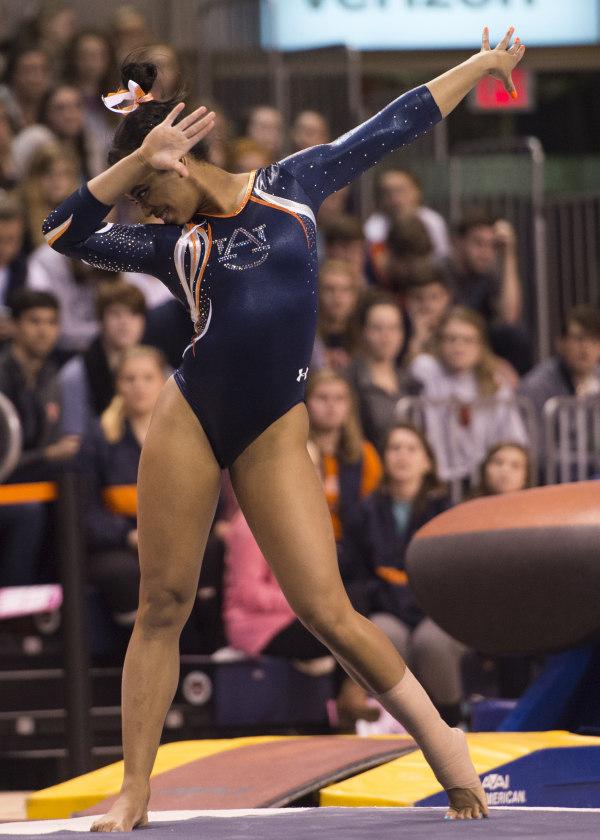 After three meets in eight days, I can vouch that the amount of exhaustion the girls were feeling was extensive. In the training facility, landings for each event are done on “soft landings” meaning that there is a huge, squishy mat that the gymnasts land on to protect their bodies. In competition, there’s no such luxury. Underneath the equipment is a hard, unforgiving floor. Your body is fine in the moment (thanks, adrenaline) but feels horrible the following day. Did I mention that Auburn almost always has an 8 AM workout the following morning? Try getting your body ready for that workout! It’s not fun, but it does serve a purpose. Here are some positive take-aways from the three-meet stretch:

Though it is clear that the team is not in top form quite yet, they are definitely on their way. With three meets under their belts, the team hasn’t posted a score below a 196, something that hasn’t been accomplished in recent years. Hopefully, this coming weekend we will see Auburn score a 197 or higher.

Next up, the Auburn Tigers will host the #1 ranked Florida Gators on Friday, January 21 at 7:30 PM. Not only is this an intense SEC match-up, with Auburn being ranked 8th right now, but it also has an emotional component as well. Florida’s Head Coach Jenny Rowland, previously the assistant coach for Auburn, will be back in Auburn Arena for the first time since helping Auburn qualify to NCAAs last April. The upperclassman will have to set aside any sentimental attachment and focus on the meet ahead if they plan to pull an upset over the number one team in the nation. Oh, and did I mention that Florida is the three-time defending National Champions? It should be an intense competition. 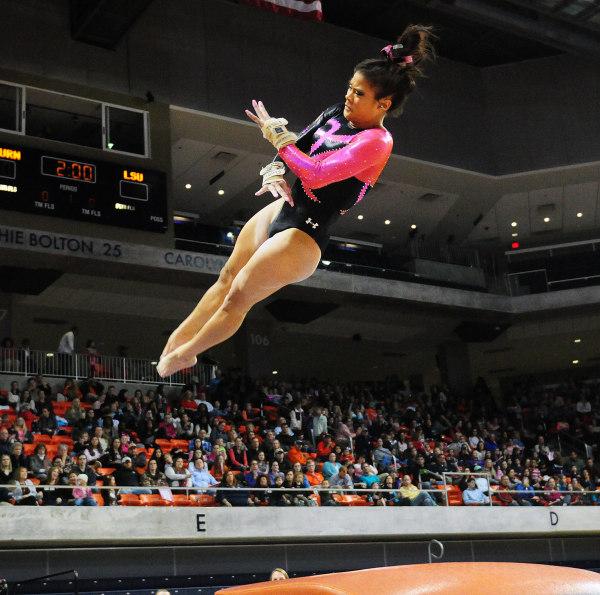 The most important aspect of the meet against the University of Florida is that it’s the annual “Flip for the Cure” competition. Both teams will be trading in their orange and blue leotards for stylish pink “leos” that represent the reason for the meet. Fans are encouraged to wear pink to help raise awareness and support for the fight against breast cancer. As a former student-athlete, there is nothing more enjoyable and honorable than competing for something bigger than yourself. Athletic events that are rooted in a cause bring communities together and unite opposing teams, regardless of the rivalry. For that reason alone, I cannot wait to see a packed Auburn Arena. See you there, and War Eagle.