News and notes from the Auburn corners of the Internet

Walt's out playing army this week, so I found some stuff online that might interest Auburn fans such as yourself. (Totally kidding about the playing army thing. Many thanks for doing what you do, Walt.)

Justin Camp helped Auburn get its first conference series win with a complete game shutout over the weekend. That performance earned him a shaving cream pie in the face.

Justin Camp gets the shaving cream and baby powder after his complete game shutout pic.twitter.com/epHSMFBTPf

More importantly, it earned him SEC Co-Pitcher of the Week honors.

Todd Golden, an assistant on Bruce Pearl's staff since he arrived is leaving for the University of San Francisco. He was a good recruiter by all accounts and was heavily involved in the analytics side of things.

When you demolish a conference foe 54-0 over three games, someone's getting a Player of the Week Award. Jade Rhodes earned her second such honor of the year after going 10-15 with 3 homeruns and 8 RBIs.

Here's a video with Coach Myers and a few players on just what it takes to get to Women's College World Series.

The weekly awards keep piling in. Andie Dikosavljevic also won SEC Player of the Week with her three wins over ranked opponents, helping Auburn clinch the fourth seed in the SEC tournament which starts this Friday.

Nothing happened in football. See you next time!

Just kidding. There's always a bottom of a football barrel that can be scraped. Let's see.

Tre Mason failed to appear at a court hearing last week and a warrant was issued for his arrest. Well, that warrant has been withdrawn. Mason's attorney says the information was sent to an old address. Now, stay out of trouble, Tre!

Sammie Coates, only the number one freak on Bruce Feldman's 2014 List of Freaks, says he was out of shape before the 2015 NFL season. What!?!?!?? A wide receiver for the Pittsburg Steelers, Coates didn't have much production last year, but he hopes a strong showing the playoffs and a better start conditioning-wise boosts him toward a better season this year.

Will Ignont, a four start linebacker and Auburn target has transferred from IMG Academy back to Buckhorn High School in New Market, Alabama. I really only mention that because Buckhorn is my alma mater. Go Bucks! (I guess?) 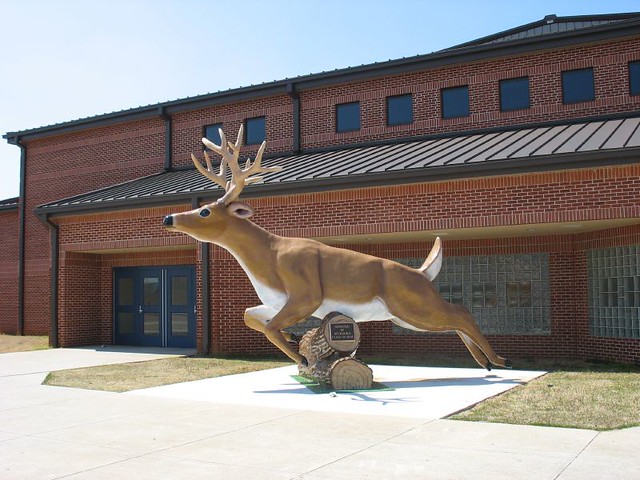 There is actually some real news about Ignont, but it's paywalled. From the headline though, it sounds like he's reconsidering whatever considerations he had been considering. Recruiting!