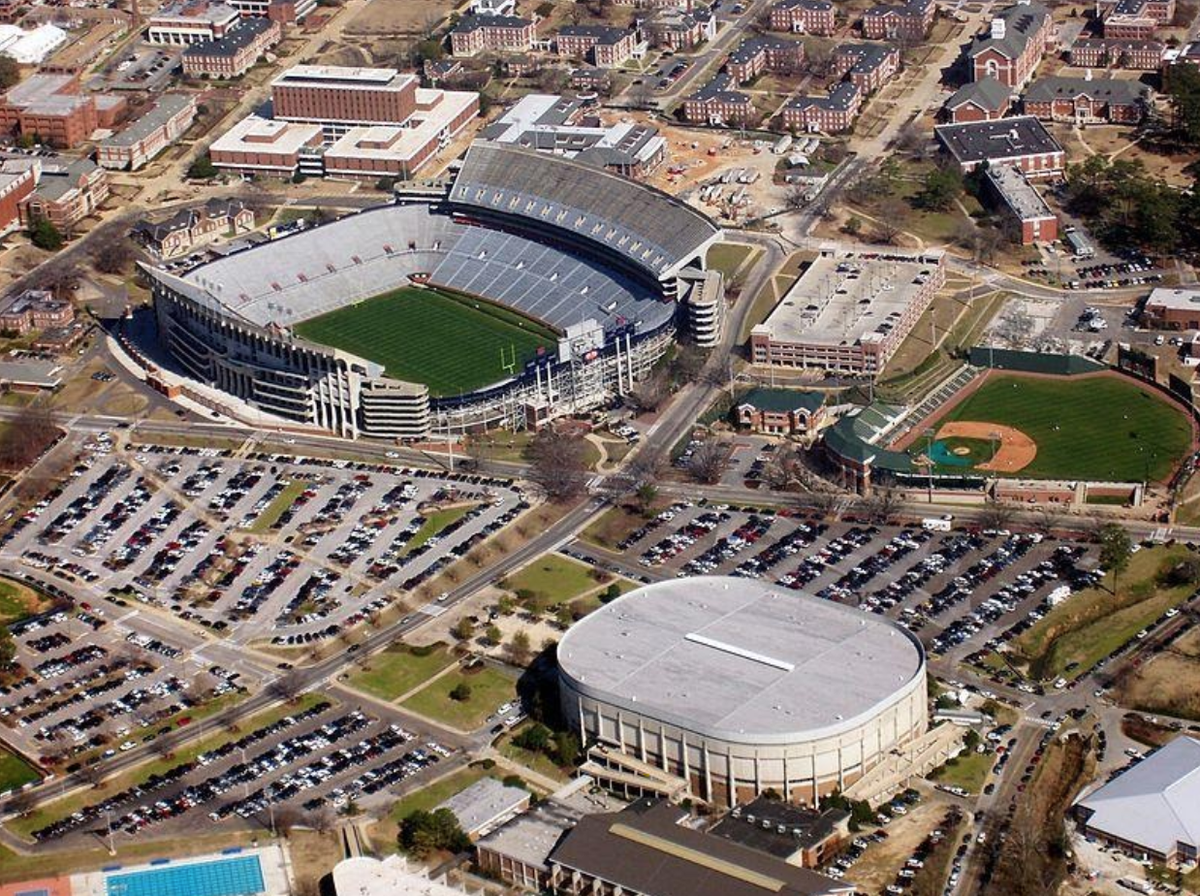 The MLS is back on the pitch. Other major pro sports such as the NBA, NHL and MLB are closing in on return to play launch dates.

The NFL remains confident that their season will kick off on schedule in September.

Does this bode well for the hopes that the 2020 college football season won’t be further impacted by the COVID-19 pandemic and will be able to have some semblance of a schedule this fall?

In the one sense, seeing pro sports on course to get back on their playing surface does seem to foster hope for the best. One other hand, it’s also fair to suggest that this comparison is much like the old apples/oranges theory.

Professional sports is a completely different world than college sports. Pro athletes play the game for a living. They have a contractual obligation to play their chosen sport.

However, both pro and college sports are massive, multi-million dollar businesses. The loss of an NCAA football season would be a crushing blow to everything from all-sports television networks to sports betting, who rely heavily on college football to drive revenue streams.

There is a distinct difference between the two levels of sport, though. The vast majority of participants in college sports aren’t going to fashion a career in the pros.

For every Cam Newton or Bo Jackson who leaves Auburn and goes on to enjoy a superstar career in the NFL, there are countless dozens each year for whom college sports is their final destination in terms of elite athletic competition.

Should these kids be expected to potentially put their lives on the line for our entertainment?

Already, some conferences have studied that question and come to the conclusion that the correct answer is no, they shouldn’t. The Ivy and Patriot Leagues, MEAC, Atlantic 10, America East and the Southwestern Athletic Conference opted to cancel all fall sports.

They Can’t Live In A Bubble

Some of the returning pro sports, including the NBA, NHL and MLS, have opted to bring back their leagues in a hermetically-sealed environment. Both the NBA and MLS are housing their athletes in Disney-owned athletic complexes in Orlando. The NHL is going with two Canadian hubs, one in Toronto and the other in Edmonton.

When players aren’t in action, they must remain quarantined in their hotels. That can’t possibly happen in college life. Players attend classes. They frequently mingle with other students on campus, whether it be in housing, cafeterias or at social gatherings.

As well, pros are being frequently tested for COVID-19. Most colleges don’t have budgets comparable to pro sports franchises. Will a college football program be able to test players at the same level or caliber as an NFL?

If measures can’t be put in place to give these college football players the same level of security as their professional counterparts, should they be asked to return to the playing field?

Are They Truly Student Athletes?

The NCAA loves to preach that it’s a different organization than the pros. They tell us that their athletes are students first.

This could prove to be the ultimate litmus test of that theory. There’s still no confirmation that students will be permitted back on college campuses this fall. If it turns out that students aren’t going to be back in the classrooms and living in the dorms, how could college sports possibly take place in this environment without completely shattering the myth of the student-athlete?

Asking athletes to live in an environment that the leaders of colleges have determined isn’t safe enough for the general student body would be a dangerous precedent to set.

Whatever plan is put in place, it almost assuredly would be one that will mandate the absence of spectators and non-essential personnel from stadiums on game day. That might be feasible in pro sports, where television networks are pumping in crowd noise to give a veil of excitement to the events.

It absolutely won’t work in college football. The atmosphere in Jordan-Hare Stadium on game day is as much a part of the experience as what takes place between the competing teams on the field below. Can it really be classified as college football without the presence of marching bands and cheerleaders?

Will it really feel like an Auburn football Saturday if the day doesn’t begin with the Tiger Walk down Donahue Avenue?

Evidence Mounting Against It

Several schools, including Ohio State, North Carolina and Clemson, were forced to halt preseason workouts due to COVID-19 outbreaks.

Both the Big Ten and Pac-12 have announced that they will play conference-only schedules. SEC athletic directors met last week to discuss the 2020 season but made no declarations about their plans going forward.

"We are not at that destination," SEC commissioner Greg Sankey told the Paul Finebaum Show.

As COVID-19 cases continue to mount in SEC states like Georgia and Florida, there must be realistic concern for the fate of the fall season, though.

"Right now, I don’t see a path in the current environment to how we play," an anonymous Power Five athletic director told Yahoo Sports.