The offense struggled in Game 1, but the pitching shined. Here's a pitch-by-pitch breakdown of the Tigers on the mound last weekend during the Auburn Tournament.

Share All sharing options for: Inside Pitch: Stellar second starts and bullpen strength 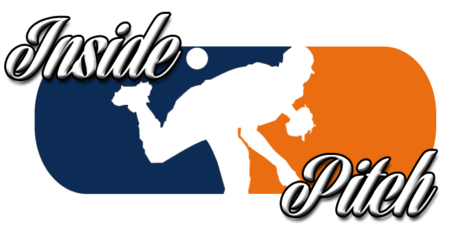 For Auburn, the pitching wasn't really the issue last weekend. Daniel Koger still has not allowed an earned run and is slowly morphing into his ace status, Michael O'Neal continues to impress and the bullpen saved the day on Sunday.

For Koger's second start, the dominance was evident from the beginning. He was easily finding his zone and started five of the first six batters he faced off with strikes. Even more impressive was that three of those were strikes looking. The only concern early on was the number of fly ball outs, showing that he was leaving pitches up just slightly.

What helped Koger in his ability to go deep into the game were his performances in fourth and fifth inning. Koger had struggled putting guys away after the lineup turned over an inning earlier, but starting with Miller in the fourth, he found a solid groove and never went deeper than a 1-2 count on anyone.

For O'Neal's second, start we have a textbook example of a pitcher having to battle. That O'Neal was able to limit the damage, despite throwing a ton of pitches, speaks well to his ability. O'Neal is going to pitch in the zone. It's just how he works. It's how he gets outs. He will pitch to contact. To say he is not deceptive is a disservice to his ability. He is deceptive -- almost 20 of his 30 non-foul strikes were strikes looking. Like in his first start, O'Neal didn't seem to favor ground outs to fly outs. He just threw strikes and tried to slowly erode batters.

Finally, let's take a look at the combined one- hit performance from Justin Camp and Conner Kendrick out of the bullpen in the tournament finale. The only negative was Camp's struggles when the lineup turned over. Starting with Kraemer in the fifth, Camp seemed to be losing his control and kept missing the zone. Kendrick was sensational, consistently throwing strikes, and was helped by some nice defense that got a couple of solid fielder's choices and ground outs.