Patrick Nix Out In Miami

Share All sharing options for: Patrick Nix Out In Miami 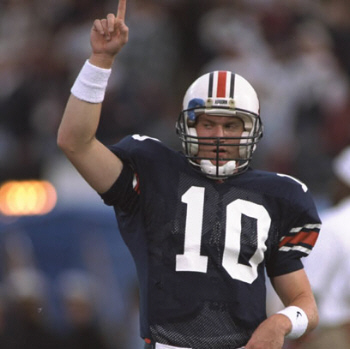 Miami has fired offensive coordinator and former Auburn quarterback Patrick Nix tonight after the Hurricanes finished this season a disappointing 7-6. Miami lost 24-17 on Sunday to California in the Emerald Bowl.

The dismissal doesn't come as a complete surprise. Despite having two stellar recruiting classes over the past couple of years, the results on the field have been much the same for Miami. The Hurricane offense got off to a slow start this season, but showed progress late in the year. In the end, it wasn't enough to keep Coach Randy Shannon from making a change.

"It's time to part ways, but I really enjoyed my time here," Nix told The Associated Press as he and his family prepared to leave the football complex for the final time. "I loved these players to death. I loved these coaches to death. But in the long run, it's probably better that we make this change."

Earlier this month, Nix interviewed with Athletic Director Jay Jacobs for the Auburn head coaching job. Prior to moving to Miami, Nix served as offensive coordinator at Georgia Tech under Chan Gailey.

It will be interesting to see if Gene Chizik finds a place on the Auburn staff for Nix.